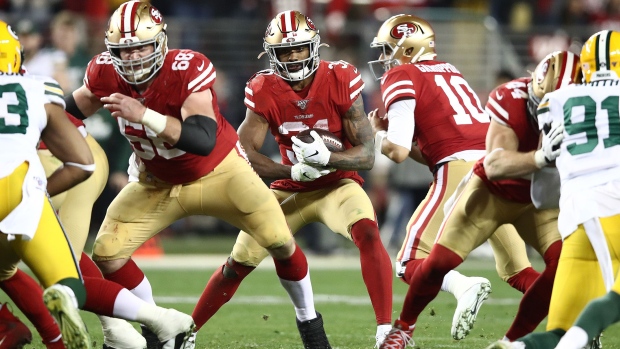 Their Super Bowl appearance — from a business perspective — couldn’t come at a better time for the San Francisco 49ers, who will be the only NFL team in town next season.

With the Raiders leaving Oakland for Las Vegas, the 49ers will enter the 2020-21 season as the sole NFL franchise in the Bay Area, which Nielsen considers the sixth-largest media market in the U.S.

That means no more competition for prospective buyers of NFL tickets, suites, club seats and sponsorships. And, on top of that, no more battling the silver-and-black for attention in the media. That’s especially valuable in the NFL, which garners more eyeballs and generates more revenue than any other U.S. sports league.

“A Super Bowl season at the same time the team becomes the lone NFL team in the market is a tremendous business opportunity for the 49ers,” former Raiders Chief Executive Officer Amy Trask said via email.

Trask, who was the NFL’s first female CEO, said she regularly competed against the 49ers for business during her 26 years with the Raiders.

The 49ers, already one of the most storied franchises in the NFL, will face the Kansas City Chiefs in the Feb. 2 Super Bowl in Miami. The 49ers last won the title in 1995, and they reached the championship game in 2013.

A win on Sunday would give them six Super Bowl titles, tied for most in the league.

The Niners are taking a long-term approach to being the lone NFL option in the Bay Area. They’re eschewing gimmicks that other teams have used, such as jersey exchanges for fans ready to switch allegiances.

49ers President Al Guido said the Niners don’t have many more tickets or suites to sell. They do, however, have some additional sponsorship opportunities, he said.

“It’s more long-term sustainability as we potentially look to renew our sponsorship deals or renew our suite deals,” Guido said on the Bloomberg Business of Sports podcast.

Where the team may see the most immediate boost is in brand-affiliated business such as the recently opened 49ers-branded gym. Opportunities like that, outside of the physical footprint of the team’s stadium, are always being explored, Guido said.

The Raiders, known for their silver-and-black uniforms and menacingly costumed fans, called Oakland home from 1960 until 1981 and again from 1995 till last year. They played in Los Angeles in between those stretches.

While the Niners might not work to convert existing Raiders fans, that doesn’t mean they won’t try to win over their children. The Niners sponsor youth football and flag football leagues, and will seek to do even more across the Bay now that those kids don’t have a team of their own.

“We’ll be doing a lot more events in the Oakland market on the youth side as we grow the next generation of 49ers fans,” Guido said.