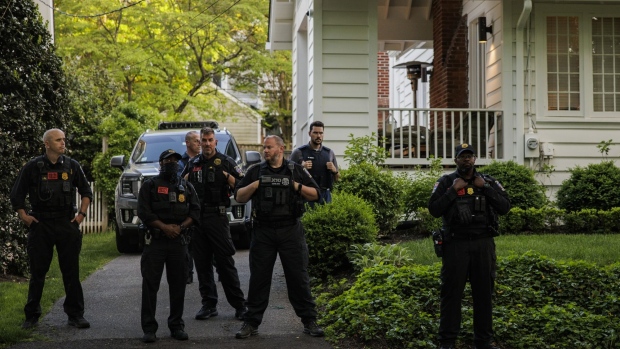 Law enforcement officers stand outside the home of Supreme Court Justice Brett Kavanaugh in Chevy Chase, Maryland, US, on Wednesday, May 11, 2022. Senate Democrats were blocked in their attempt to enshrine abortion rights in federal law in a vote that highlighted both the deep divide on the politically explosive issue and the party's schism over ending the filibuster to achieve their goals. , Bloomberg

Attorney General Merrick B. Garland directed the US Marshals Service to step up the personal protection for the nine justices last week, according to the Justice Department. Garland on Wednesday held a meeting between DOJ and Supreme Court officials to discuss coordination and intelligence sharing regarding judicial security.