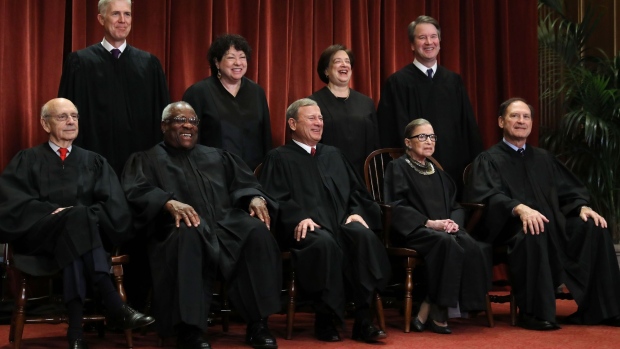 (Bloomberg Opinion) -- For most of the last 20 years, a rule has applied to the Supreme Court: All Washington, D.C. institutions leak, but the court doesn’t. Now, in a four-part series, CNN Supreme Court reporter Joan Biskupic has revealed details of the court’s inner workings, including deliberations the justices conducted behind closed doors with no one else present.

The reports follow similar, less extensive reports Biskupic filed last year. They also follow some conservative opinion pieces fretting that Justice Elena Kagan might have swayed conservative justices to her side in the LGBTQ and contraception cases — essays that have sometimes looked as though they’ve been informed by inside information.

Something appears to be changing in the culture of the court. In the light of the court’s tight-lipped history, it’s worth asking: What are the consequences of these leaks? And would it be better for the court if they stopped?

Discretion at the court isn’t an inexorable reality. Rather, it’s a pattern that has come and gone over the years. In the 1850s, the New York Tribune published the results of one case before it was handed down, then revealed the court deliberations in the notorious Dred Scott decision, one of the most consequential (and racist, and disastrous) opinions ever issued by the court.

In the late 1930s and ‘40s, a period I wrote about in my book “Scorpions,” several justices leaked to the press, poisoning the personal dynamics between them and leading to decades of back-stabbing and hatred. It was part of how the justices of that era came to be described as “nine scorpions in a bottle.”

When Justice Hugo Black was new to the court, Justice Harlan Fiske Stone served as a source for a Harper’s article that compared the novice Black to “a comparatively inexperienced player” who “had stepped into a fast game [of] tennis … and, ignoring the rules, made vigorous passes at every ball with a piece of board.” Black was a Southerner deeply sensitive to his own honor (not to mention a tennis player). Stone publicly and falsely denied that he was the source and then privately apologized to Black while claiming that his words had been distorted. Black held his tongue, but never trusted Stone again.

In an even more extreme instance, Justice Robert Jackson, on a self-appointed leave from the court to act as chief prosecutor in Nuremberg, didn’t just leak: He openly revealed on the front page of major newspapers the contents of a fight between the justices that had taken place during private deliberations in the sacrosanct conference room.

The story is complicated, but boiled down to its essence, Jackson accused Black of hurrying the release of the decision in a case that had been argued by Black’s close friend and former law partner. Black in turn told Jackson that if he used his opinion to hint at impropriety by Black, it would mean “war” between them. Jackson did it anyway.

Later, when the Chief Justice position opened up, Black went to President Harry Truman and told him that he and William O. Douglas would resign from the court if Jackson were made chief. Truman responded by forgoing Jackson and naming his friend, Treasury Secretary Fred Vinson, to the post. Jackson retaliated against Black by telling the whole story to the papers.

In 1979, Bob Woodward and Scott Armstrong published “The Brethren,” for which five justices gave interviews on the basis of anonymity. That book was the low point for the court’s leaking — or the high point, depending on your attitude. It had the effect of undermining the legitimacy of the body that had decided Roe v. Wade. And in retrospect, it’s possible to argue that the book’s publication helped spur the politicization of Supreme Court appointments by making it harder to see the justices as uninfluenced by partisan politics or petty disagreements.

Probably in reaction, a new cultural norm appeared in the years that followed. Leaks became rare and scattershot. Jeff Toobin gathered some leaked material for his book “The Nine,” focusing on Bush v. Gore. And in 2012, after the blockbuster Affordable Care Act decision, Jan Crawford of CBS reported that Chief Justice John Roberts had changed his mind in the course of deliberations before (partially) saving the ACA by upholding the law’s individual mandate.

But for the most part, the new norm against leaking worked — until last year.

It’s almost certainly the justices, not the law clerks, who leak. I can still recall vividly the warning we clerks were given by then-Chief Justice William Rehnquist. It scared me silly. Law clerks have too much to lose by leaking contemporaneous events while they are at the court, and too little to gain.

One notable thing about the recent leaks is that they don’t depict any of the justices negatively — very much unlike the leaks of the “Scorpions” era or the 1970s. In particular, as several court watchers have observed, the leaks depict Roberts as a powerful and wise chief.

What’s more, the current leaks to Biskupic are all about court business, not personalities. They tell us who voted when, and how. To a great extent, their content could be independently inferred from a close reading of opinions and dissents.

The upshot is that these leaks aren’t in themselves likely to cause discord at the court. Nevertheless, they are a worrying sign. Leaks tend to breed more leaks. Eventually, they may get personal — leading to more pieces like the Wall Street Journal editorial suggesting that Justice Elena Kagan is the secret power on the court and has Roberts wrapped around her finger.

The danger of a breakdown in collegial relations among nine people who serve for life is not trivial. Limiting leaks helps protect collegiality. Whichever justices are doing the leaking, they ought to think hard about it, lest the practice spiral out of hand as it has in the past.

Noah Feldman is a Bloomberg Opinion columnist and host of the podcast “Deep Background.” He is a professor of law at Harvard University and was a clerk to U.S. Supreme Court Justice David Souter. His books include “The Three Lives of James Madison: Genius, Partisan, President.”