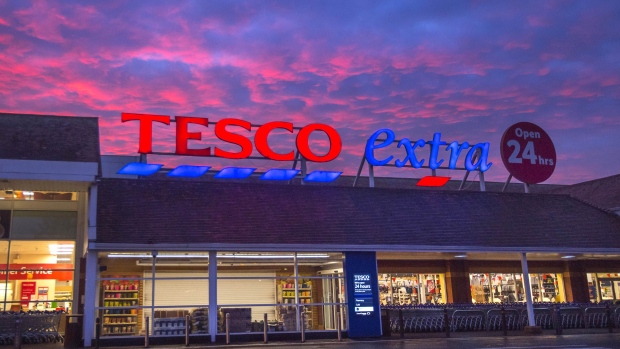 The U.K.’s antitrust authority said Tesco Plc has been “unlawfully” stopping rivals from opening stores near its own supermarkets.

The Competition and Markets Authority said Tesco had been preventing landlords from letting property to other supermarkets for as long as a decade. The agency said the company has now agreed to take “remedial action for all affected land agreements.”

“In the future, we want the ability to fine businesses if we find that they are in breach of our orders,” said Andrea Gomes da Silva, executive director of markets and mergers at the CMA.

To contact the reporter on this story: Jonathan Browning in London at jbrowning9@bloomberg.net

To contact the editors responsible for this story: Anthony Aarons at aaarons@bloomberg.net, Christopher Elser