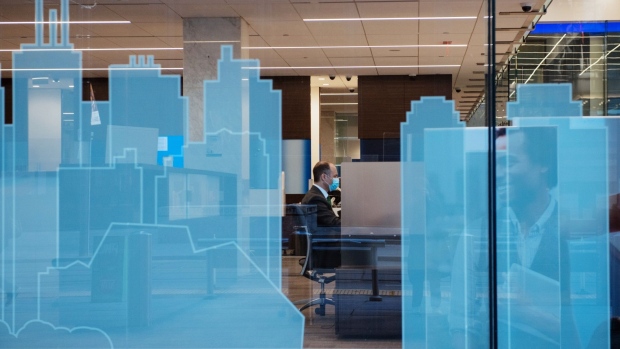 A person wearing a protective mask works inside a Bank of Montreal in the financial district of Toronto, Ontario, Canada, on Thursday, March 25, 2021. , Galit Rodan/Bloomberg