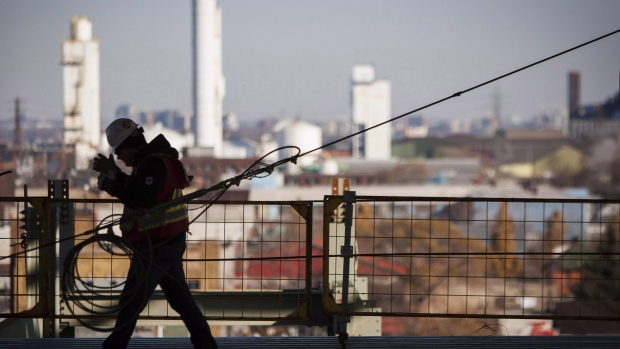 A worker walks on a construction site in Hamilton, Ont., on November 14, 2013. , THE CANADIAN PRESS/Aaron Lynett

- The next hearing on Forever 21’s Canadian CCAA process takes place in an Ontario Superior Court of Justice in Toronto (10 a.m. ET)