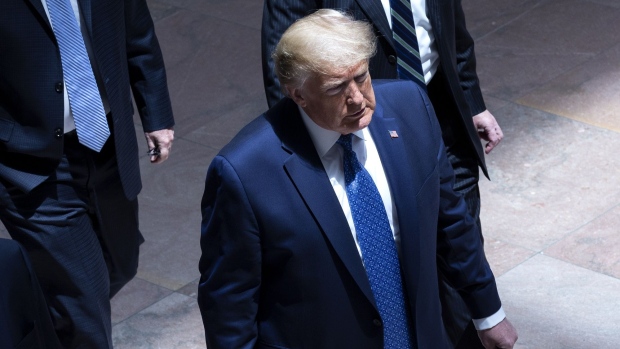 The U.S. fired its latest shot across the bows in its escalating rivalry with China when the Senate overwhelmingly approved a bill that could lead to Chinese companies being barred from listing on U.S. stock exchanges, although few expect China Inc. to abandon the U.S. as a listing venue entirely.

Relations between the world’s two largest economies have deteriorated markedly in the past few months, with tensions spilling over into Chinese companies’ access to the U.S. capital markets in the wake of the rapid downfall of Luckin Coffee Inc, one of China’s brightest startups, as a result of accounting fraud.

The bill passed on Wednesday would require companies to certify that they are not under the control of a foreign government or submit to audits from a U.S. accounting agency to determine that.

China’s refusal to let the Public Company Accounting Oversight Board examine audits of firms whose shares trade on U.S. exchanges has long been a bone of contention between the two sides and the Luckin Coffee debacle has brought it back to the fore.

But while the environment for Chinese companies in the U.S. has become decidedly more hostile of late, the allure of the U.S. capital markets -- with their better liquidity and deeper investor base -- is unlikely to go away.

“It will be a delicate balance for investors weighing between the risks here,” said Jingyi Pan, market strategist at IG Asia Pte. “The U.S. may not drop off as one of the top IPO destination for Chinese companies, long seen as a highly liquid avenue which also helps in boosting the company’s attractiveness.

That said, worsening of U.S.-China ties could trigger considerations of alternatives in Europe and closer to home in Asia.”

Of the 12 companies that listed in New York this year, just two are trading above their IPO prices, according to data compiled by Bloomberg.

China’s Baidu is considering delisting from the Nasdaq and moving to an exchange closer to home to boost its valuation, Reuters reported Thursday, citing three unidentified people familiar with the matter.

Nasdaq has offered a solution, but one which may not actually eliminate the loophole. No matter which party wins the election, China may face de-listings should Beijing’s regulators not give ground.”

The latest move by the U.S could, however, prove to be a boon for rival exchanges like Hong Kong, which have sought to position themselves as alternatives for Chinese companies seeking international capital.

Several U.S.-listed Chinese technology heavyweights, such as JD.com Inc and NetEase Inc are already gearing up for second listings in the financial hub and the trend may accelerate as the U.S. becomes more hostile.

Alibaba Group Holdings Ltd. has already done so, raising $13 billion in a massive share sale last year, which both gives it a listing venue closer to its home market as well as providing a hedge against risks from increasing U.S.-China tensions.

Shares in Hong Kong Exchanges and Clearing Ltd. have risen 7.4% this week, helped by news that the bourse is planning to speed up the IPO process to bring it more in line with other international markets.

“Now that conditions to list in the U.S. are getting more difficult, many Chinese companies are likely to choose Hong Kong instead.

The reforms in Hong Kong will welcome those Chinese ADRs as secondary listings, and unlisted weighted-voting rights companies will be able to have primary listings in the city,” said Banny Lam, managing director at CEB International Capital Corp.

Here’s what others are saying about the Senate Bill:

“I would expect the Chinese giants to be safe. I’m not so sure the U.S. authorities will escalate matters so far as to put at risk the listings of the Chinese majors. London would be an obvious market for the Chinese to turn to. Both London and Frankfurt have in the past tried to court the smaller companies sector.”

“It would dampen sentiment for Chinese ADRs in the short term but I wouldn’t worry too much about the potential impact. It would be hard for U.S. authorities to prove some Chinese firms are under the influence of their government and Chinese firms, especially those in the tech industry, wouldn’t easily give up on the U.S. market due to easier and more flexible rules.”

James Hull, a Beijing-based analyst and portfolio manager with Hullx:

“I don’t think it’s much of a shock. If you go back to last year, there were plenty of congressmen and senators talking about this idea of getting the disclosure requirements for foreign firms -- Chinese U.S.-listed firms -- aligned with U.S. domestic firms that are listed in the U.S. And that’s got a lot of bipartisan support.”

“Very simply, with the change in the HK Exchange, these Chinese issuers can go down the Alibaba, JD.com route. Where we saw valuation arbitrage in the Chinese ADRs in 2015, we will soon see a repeat of it albeit in a slightly different form.”