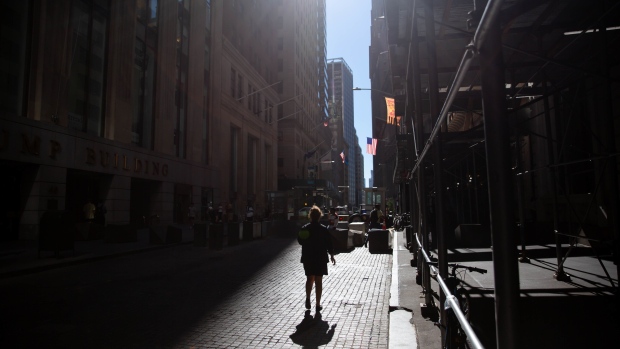 (Bloomberg) -- Technology consulting firm Thoughtworks Holding Inc. and the maker of high-performance On Running shoes led a quartet of initial public offerings Tuesday that all raised more money than they had planned.

Those IPOs appear to be just the start of a seasonal surge in U.S. listings following the U.S. Labor Day weekend.

At least five other companies filed on Tuesday to begin marketing their shares for listings of more than $100 million. They include Sovos Brands Inc., the owner of Rao’s Homemade pasta sauces, as well as online jeweler Brilliant Earth Group Inc.

Thoughtworks, the largest of the four with IPOs on Tuesday, and some of its investors raised $773 million, pricing its shares at $21 each after marketing them for $18 to $20, according to a statement. The Chicago-based company is changing its name from Turing Holding Corp. as part of the IPO.

The offering is being led by Goldman Sachs Group Inc. and JPMorgan Chase & Co. Thoughtworks shares are expected to begin trading Wednesday on the Nasdaq Global Select Market under the symbol TWKS.

Shoemaker On Holding AG and some of its investors sold 31.1 million shares for $24 each on Tuesday, according to a statement confirming an earlier report by Bloomberg News. The Zurich-based company had marketed the shares for $20 to $22 each.

The On Running shoe brand, which counts tennis legend Roger Federer among its investors, would have a market value of about $7.3 billion based on the outstanding shares listed in filings with the U.S. Securities and Exchange Commission.

On Running’s IPO was led by Goldman Sachs, Morgan Stanley and JPMorgan. The shares will trade on the New York Stock Exchange under the symbol ONON.

Coffee chain Dutch Bros Inc. scored the biggest pricing markup, selling its shares for $23 each, $3 above the top of its marketed range. The Oregon-based company raised $484 million and will trade on the New York Stock Exchange under the symbol BROS.

Definitive Healthcare Corp., based in Framingham, Massachusetts, raised $420 million in its IPO. The health-care technology company earlier elevated its marketed range to $24 to $26, and then priced the IPO at $27 a share.