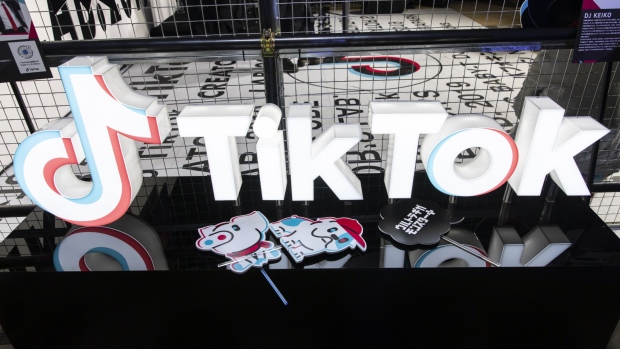 (Bloomberg Opinion) -- Tech stocks have surged to start 2020, lifting the entire market to record highs. But one place you won't find much enthusiasm for the rally is on Twitter. There, you're more likely to read accounts spreading fake news about the coronavirus outbreak or mocking the valuation of Tesla Inc.'s meteoric stock. I have a theory about this: Many of Twitter's most influential voices rose to prominence in the aftermath of the financial crisis, and they carry the scars and skepticism of that era more than a decade later.Enthusiasm for the rally is easier to find on Reddit and TikTok, newer venues full of participants who may not remember the financial crisis or are more connected to Silicon Valley and the wealth it has generated during the past decade. For that reason, they may be in more in tune with what's driving markets.

Let's step back and compare Twitter with some older media forms. On television, a news anchor -- and in the back ground, news editors and producers -- picks the top stories to highlight, shaping the daily conversation. The front page and editorial page of a newspaper function in a similar manner. On Twitter, however, the dialog is steered by its most influential voices, which can be identified as those accounts with the most followers and highest levels of engagement.Twitter's history is important to consider here: The platform had its most rapid user growth during the financial crisis and its aftermath. For people interested in financial markets and the economy, there was no better way to gain followers and to go viral than to tweet insightful, engaging or funny content related to the economic downturn and recovery. Out of this era emerged what's known as finance Twitter, or fintwit, powered by a core of influential users now in their 30s and 40s who were shaped by one or even two economic downturns (The first was the dot-com bust of 2000.)

Now, when any asset class or investment starts to look bubbly, there's a litany of voices on Twitter influenced by the financial crisis ready to tweet charts showing parallels to past bubbles or making jokes along the lines of "this won't end well." This doesn't mean prices can't keep rising, but Twitter serves as a sort of informal heat check, dousing any excessive ebullience that people might be feeling.

This is less likely to be the case on a popular forum on Reddit called /r/WallStreetBets. Founded in 2012 rather than in the immediate wake of the financial crisis, its initial purpose was for sophisticated investors to discuss high-risk, high-reward short-term trading strategies. Unlike on Twitter, there are fewer participants who are journalists or other members of the media. It's where headstrong traders can project confidence, say, by claiming they're continuing to buy call options on stocks that are going up and forcing others to hedge and make stocks go up still more. For a generation whose only market memories have been watching stocks such as Amazon.com Inc. and Facebook Inc. go up, why wouldn't they make the bull case?

The upstart video-sharing platform TikTok may be an even more extreme version of this, with teens and college students who may not even remember the Facebook initial public offering, producing viral clips of how to make money by trading tech stocks in class, using the proceeds to pay off student loans.

If every financial mania needs a new class of investor that doesn't have scars from whatever meltdowns came before, maybe the same thing applies to the media formats talking about those markets. To someone used to financial market coverage on Bloomberg, the Wall Street Journal or even Twitter, the idea of Gen Z college students making TikTok videos about their day-trading strategies may seem outrageous — or a serious bubble indicator.

But someone who lived through the Great Depression may have felt the same way watching breathless coverage of the dot-com boom in the late 1990s on CNBC. This isn't to suggest CNBC is comparable to TikTok, but the channel was founded in 1989, several years into one of longest bull markets ever and almost a decade after the staginflationary 1970s ended. It rode the wave of cable television growth in the 1990s as the baby-boom generation was moving into its prime saving and investing years, and it became the hub for the speculative investors of that era. But it lacked institutional memory and the balanced skepticism of veterans who had lived through past bear markets.

To the extent we have more bubble-like behavior in cryptocurrencies, cannabis stocks, Tesla or something else, these newer venues are worth paying attention to. They may lack the sophistication and skepticism of more mature mediums, but that lack of memory is often what's needed to thrive in emerging, speculative markets. They may also offer an early warning to those able to distinguish insightful enthusiasm from unhinged euphoria.

Conor Sen is a Bloomberg Opinion columnist. He is a portfolio manager for New River Investments in Atlanta and has been a contributor to the Atlantic and Business Insider.