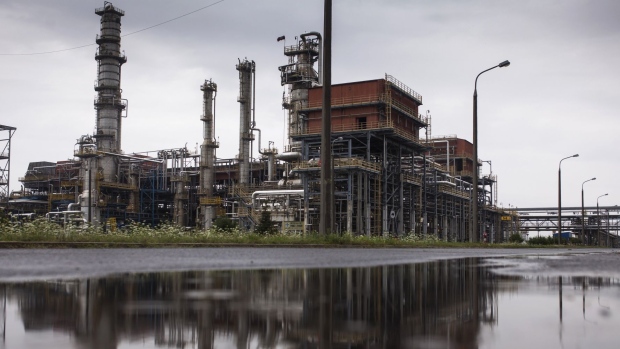 (Bloomberg) -- Poland’s PKN Orlen SA got a boost from shareholders of its smaller oil refining rival Grupa Lotos SA on Thursday in a vote that could have been a make-or-break moment for their deal to create the country’s largest energy company.

As part of several internal transactions, the owners of state-controlled Lotos approved the sale of Gdansk refinery to Lotos Asfalt unit in a move aimed at meeting the terms of the merger set out by the European Union. The deal needed backing from 80% of Lotos shareholders, with the state holding a 53% stake in the company valued at 11.9 billion zloty ($2.98 billion).

Without the shareholders’ approval, Orlen’s ambitious consolidation plan might have hit a snag just as the company is also trying to snap up state gas company PGNiG SA, valued at 37 billion zloty. Both deals have already been delayed several times.

Orlen argues it needs the takeovers to help it finance a costly transition into green energy and become climate neutral by 2050 as part of Poland’s efforts to shed polluting coal as its main source of fuel.

“Another important step in building a multi-energy group is behind us,” Orlen Chief Executive Officer Daniel Obajtek said in an emailed response to questions from Bloomberg News. “It bodes well for the entire M&A process and shows investors’ belief in the project.”

The CEO said that the next year will be key for completing the transaction.

The government collected the votes needed to push through the transaction after it said it would back the motions proposed by the Nationale Nederlanden pension fund, which holds 5% in Lotos.

Orlen has until Nov. 14 to find a buyer for a part of Gdansk refinery and other Lotos assets, including a majority of its chain of gas stations, to meet the conditions set by the European Commission.

(Updates with comment from Orlen CEO in fifth paragraph.)