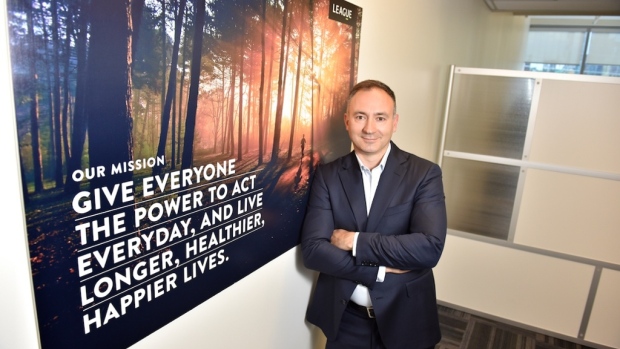 TORONTO - Toronto-based health benefit startup League Inc said on Wednesday it has teamed up with the insurance arm of backer Royal Bank of Canada as it expands into insurance, targeting the many small businesses offering no such benefits to employees.

The company received a license on Friday to operate as an insurance broker in Ontario and expects to obtain similar licenses across Canada in the next four to six weeks, Chief Executive Mike Serbinis said. It plans to expand its insurance offering to some U.S. states within three to six months.

League's life, accidental death, critical illness and other insurance plans will be underwritten by RBC Insurance at launch, with additional underwriters expected to join.

"It's a huge market," he said, adding that League expects to collect US$1 billion in premiums or equivalent by the end of 2018.

The company has 50 employees, and expects to double that by the end of the year. It had 25 employees in June, when it raised US$25 million, with RBC among the investors.