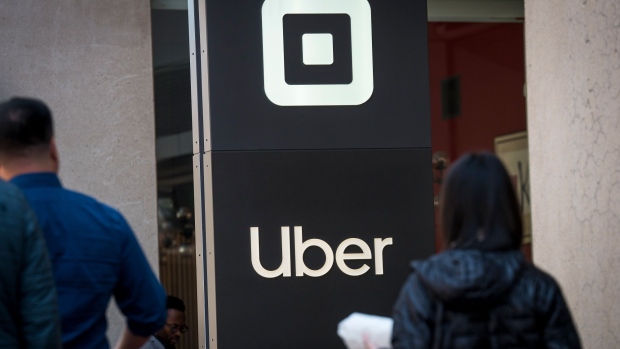 (Bloomberg) -- Toyota Motor Corp. sold about half of its Uber Technologies Inc. shares after the US mobility company carved out its self-driving division.

Toyota held about 5.13 million shares of Uber in the fiscal year ended March, half the amount it reported the previous year, according to a securities filing Thursday. Toyota reported Uber holdings valued at 22.4 billion yen ($165 million), down from 61.9 billion yen a year earlier.

Uber’s work on autonomous driving was one of Toyota’s original objectives for investing in the company, spokeswoman Shiori Hashimoto said Thursday. Toyota sold its stake in Uber following Aurora Innovation Inc.’s 2020 purchase of the ride-hailing company’s self-driving division. Toyota first took a stake in Uber in 2016 and increased it two years later.

Toyota and Uber’s “good relationship” has not changed, Toyota’s Hashimoto said, adding “we would like to continue to examine possibilities for various collaborations.”

As of the end of March, Toyota held 47.6 million shares of Aurora, worth about 32.4 billion yen.