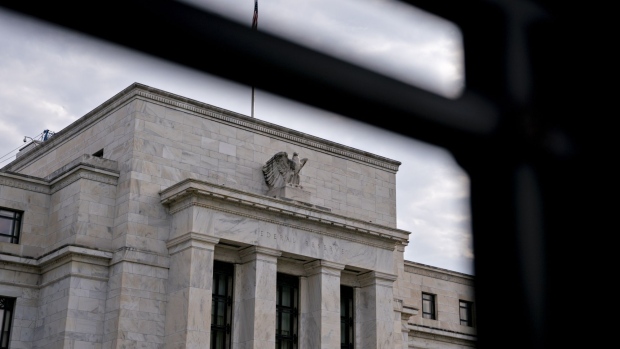 The rush into investment-grade bonds picked up after the Federal Reserve said it will step into the market, with the world’s largest credit ETF seeing the second-biggest inflows in its 18-year history.

The US$30.3 billion iShares iBoxx US$ Investment Grade Corporate Bond exchange-traded fund posted inflows of US$1.06 billion on Monday, according to data compiled by Bloomberg. Traders piled into LQD as the U.S. central bank said it would begin buying corporate bonds and certain credit ETFs. Monday’s haul fell just shy of its record one-day intake of US$1.09 billion in 2016.

Mounting concern over the impacts of the spreading coronavirus has roiled financial markets, with corporate default risks haunting investors. Traders are now trying to get ahead of the Fed’s purchases, which could boost both the ETF and its underlying assets. LQD extended gains after posting its biggest rally since 2008 as investment-grade bonds rebounded.

“The Fed will provide a steady bid supporting the large, highly liquid ETF as there are only so many funds that meet their buying criteria,” said Todd Rosenbluth, director of ETF research at CFRA Research.

The U.S. central bank announced Monday that it would create a Secondary Market Corporate Credit Facility, one of several new measures aimed at cushioning the economic blow from the coronavirus. The terms of the facility allow for the purchase of up to 10 per cent of an issuer’s outstanding bonds and up to 20 per cent of the assets of any ETF “whose investment objective is to provide broad exposure to the market for U.S. investment grade corporate bonds,” a primer accompanying the Fed action said.

The rally in LQD boosted its share price nearly 3 per cent higher than the value of its underlying assets -- the fund’s biggest premium since 2009. Last week, it slumped to a discount of 5 per cent relative to the presumptive value of its bond holdings.

The fact that LQD is now trading at a premium illustrates that the traders responsible for channeling bonds in and out of the fund were likely short credit, according to Academy Securities.

“Market makers are now on the wrong side of the move,” head of macro strategy Peter Tchir wrote in a note Tuesday. “This should create a virtuous cycle for inflows and bids for bonds.”

U.S. banks account for almost 25 per cent of LDQ, with Goldman Sachs Group Inc. and Bank of America Corp. among the fund’s largest holdings. A desire to support the banking system likely factored into the Fed’s decision to buy corporate bonds and ETFs, according to DataTrek Research.

“Preserving operating liquidity in the U.S. banking system is certainly part of the Fed’s mandate, so buying investment-grade corporate bonds is not as outside the box as one might first think,” wrote co-founders Nicholas Colas and Jessica Rabe in a note Tuesday.