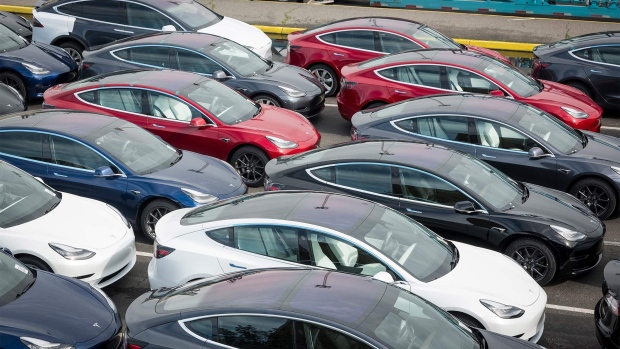 Funding rounds can spark a sell-off in most stocks. Thursday’s trading shows why Tesla Inc. is not like most stocks.

Tesla shares climbed as much as 6.6 per cent after the electric car maker announced plans for a US$2 billion equity offering, reversing an early decline of 4.2 per cent. Analysts said the funding will shore up Tesla’s balance sheet, eventually helping long-term investors who are betting on the company’s success.

It’s the fifth straight time the market has reacted positively to a Tesla stock offering, despite the near-term harm these sales can cause by diluting the value of existing shares. Optimism during the equity raise is particularly notable now given the fresh regulatory inquiry and a vehicle recall.

Fueled by a decade of equity financing, Tesla has returned more than 4,500 per cent since its 2010 initial public offering -- the most of any U.S. IPO since then, according to data compiled by Bloomberg. About US$7 billion of Tesla shares have changed hands through secondary offerings, including the one announced on Thursday.