Tesla Inc. plans to offer about US$2 billion of common stock as Elon Musk takes advantage of the electric-car maker’s surging shares.

Assuming underwriters exercise their option to purchase additional securities, the offering could bring in about US$2.3 billion in proceeds, Tesla said in a statement. Less than an hour earlier, the company forecast as much as US$3.5 billion in capital expenditures this year, as Musk rushes to bring new models to market, ramp up its first overseas assembly plant and start building another.

Tesla shares fell as much as 7.2 per cent after announcing the offering and traded down 4.5 per cent to US$733 as of 8 a.m. Thursday in New York, before the start of regular trading. The stock had more than tripled since the company released the first of two straight positive earnings reports in October.

The high end of the electric car-maker’s expenditures projection, issued in its 10-K filing, represents a 164-per-cent increase from 2019, when stingy spending helped conserve cash. Tesla reported US$1.33 billion of expenditures for all of last year, well below its initial plan for as much as US$2.5 billion. 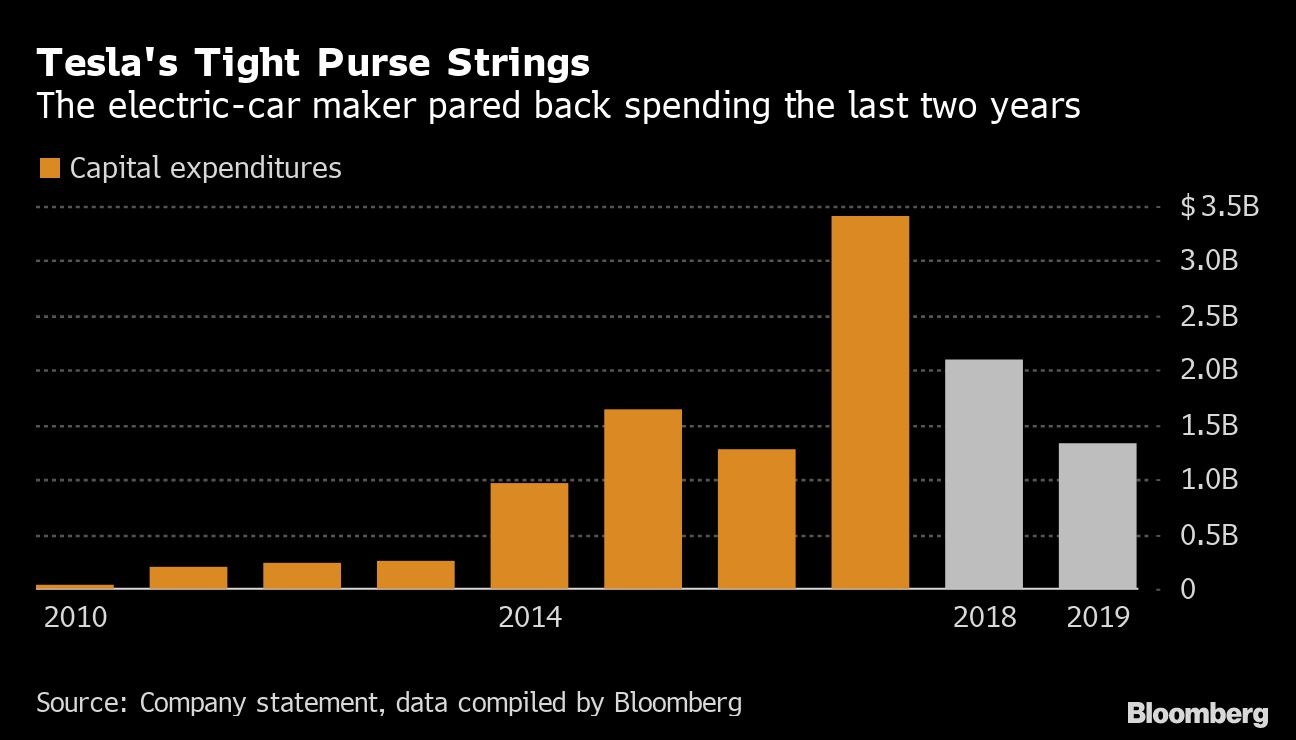