Prime Minister Justin Trudeau won a third term in Canada’s snap election though fell short of regaining the majority he was seeking, forcing him to rely on smaller parties in another fragmented parliament.

Trudeau’s Liberal Party was elected or leading in 158 of the 338 seats in the House of Commons, with 99 per cent of the polls reporting. That’s one more seat than he won in the last vote in 2019. The main opposition Conservatives, under Erin O’Toole, won 119 seats, two fewer than last time.

For a second straight election, though, the Liberals lost the popular vote to the Conservatives and won only because of a strong showing in Toronto, Montreal and other cities.

Overall, the result leaves parliament little changed from what it was before Trudeau called the vote -- a stable minority that gives the prime minister license to continue pursuing a pre-election big-spending agenda that had already received parliamentary backing earlier this year. In addition, Trudeau should easily find support in the legislature to press ahead with new campaign pledges such as raising taxes on financial institutions and imposing stricter emission rules for the oil and gas sector. 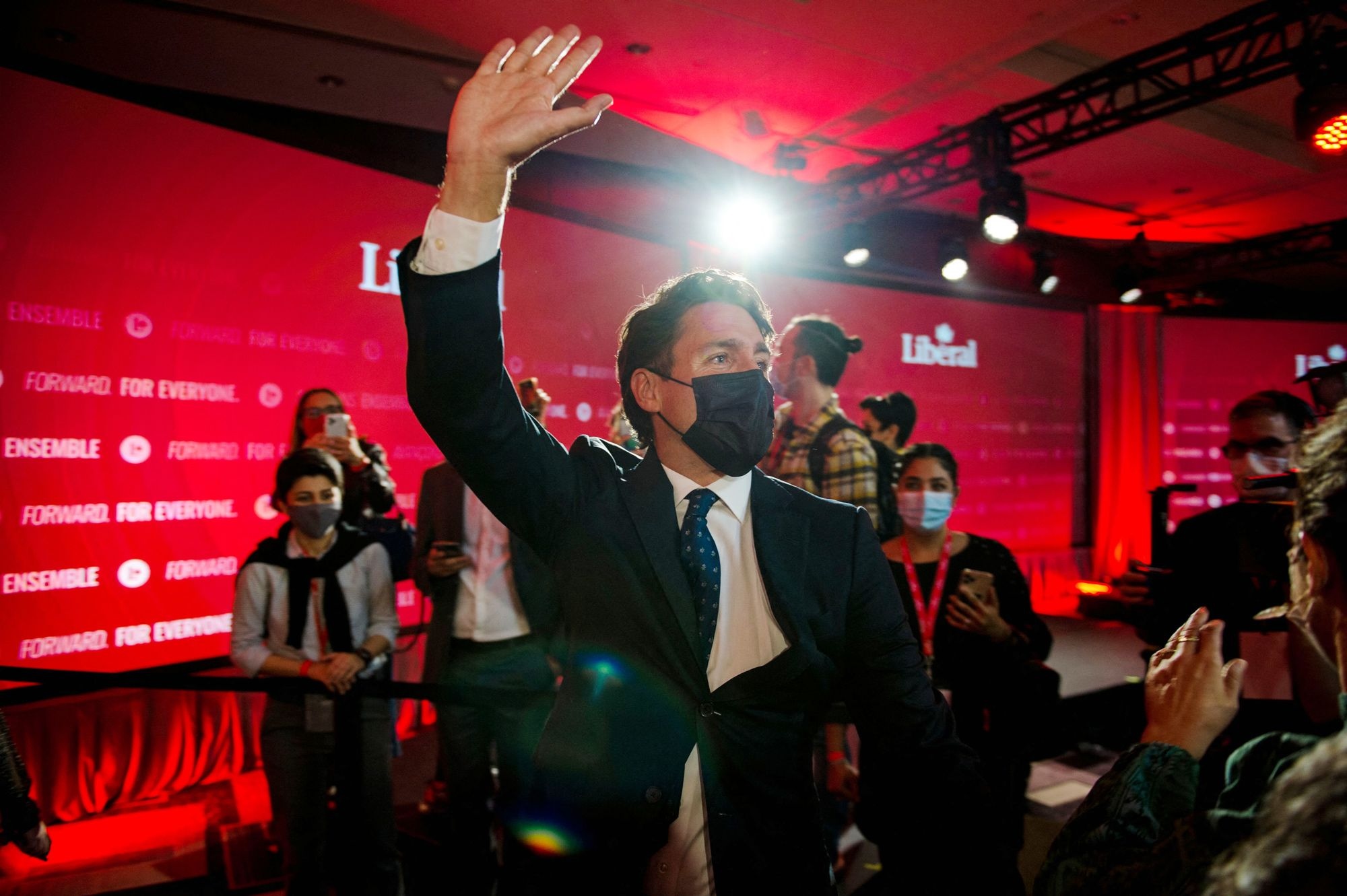 “This points to ongoing heavy fiscal support and some upside bias towards wider deficits in the medium term,” Doug Porter, chief economist at Bank of Montreal, said by email. “Of course, since it seems we will be dealing with a minority government, the specifics will remain fluid.”

Other initiatives expected to be brought forward quickly include new regulations that will compel media stream services and social platforms like Netflix Inc. and TikTok Inc. to finance and promote Canadian content. Trudeau had introduced a bill to regulate the sector in the previous parliament that never won passage through the Senate before the election was called.

In his victory speech early Tuesday morning in Montreal, Trudeau likened the election result to voters sending parliamentarians “back to work”.

“I hear you when you say you just want to get back to the things you love, and not worry about this pandemic or about an election,” he said.

The Liberal victory is a historic milestone for Trudeau, marking only the eighth time a Canadian leader has won three successive elections. Trudeau’s father, Pierre, also did it. It also represents a comeback of sorts for Trudeau, whose party was trailing in the polls midway through the five-week campaign.

But the outcome is also a rebuke of Trudeau’s decision to call a snap election that many Canadians saw as a power grab while the COVID-19 pandemic still rages. With more than 90 per cent of polls reporting, the Liberals had just 32.2 per cent of the national vote. That would be the lowest share for any governing party in the nation’s history. The Conservatives stood at 34 per cent.

It’s the second time voters have denied this prime minister full control of the legislature, limiting his freedom to take big risks or govern unilaterally.

The results reflect a nation that’s unsure about its immediate future amid a fourth wave of the pandemic. Canadians are dealing with growing debt levels and concerned about a future transition from an oil-producing nation to a low-carbon economy. Party leaders struggled to find a coherent message with which to unite the electorate, pollsters said.

“That’s a damning assessment of the front-runners from Canadians, reflecting for them, a lack of inspiring choices,” said Shachi Kurl, executive director of the Angus Reid Institute, a Vancouver-based polling firm.

Like in 2019, when Trudeau lost his majority, the outcome also underscores the regional divisions facing the nation. Resource-rich western Canadians again voted heavily for Conservatives, a party more supportive of the energy sector. Quebeckers chose to send nationalists to the legislature in large numbers, instead of siding with Trudeau’s federalist party.

To be sure, Trudeau will have a stable minority. He has multiple potential partners to pass legislation, giving the prime minister maximum leverage. The New Democratic Party won 25 seats, while the Bloc Quebecois had 34. Each has enough to push the Liberals beyond the 170 votes in parliament needed to pass legislation.

Minority governments have become familiar to Canadians. The past seven elections have now produced five minority governments. They’re popular because they require the participation of several parties to make laws.

But there’s a downside. Minority parliaments keep parties on constant campaign footing and give them less scope to consider long-term issues. In practice, that means politicians are wary of tackling big problems like Canada’s sagging competitiveness or slow transition toward a low-carbon economy.

“The economic challenges ahead of us are significant,” Robert Asselin, senior vice president of policy at the Business Council of Canada, said by email. “We are going to need a longer-term approach to growth.”

Since the 2019 election, the country’s benchmark S&P/TSX Composite Index has climbed 23 per cent, barely half the gain of the S&P 500. The Canadian currency has been the second-worst performer among G-10 currencies against the U.S. dollar. Canada’s dollar gained on the election results, advancing 0.4 per cent to C$1.2768 per U.S. dollar at 7:16 a.m. in Toronto.

Trudeau largely had control over the economic agenda last month before he called the election, with all three opposition parties at one point backing his emergency borrowing to pay for the COVID-19 response.

The Liberals passed a budget in April with $140 billion (US$110 billion) in new spending measures, with support from the NDP. Even the Conservatives largely supported the Liberal government’s pandemic support measures through much of last year. 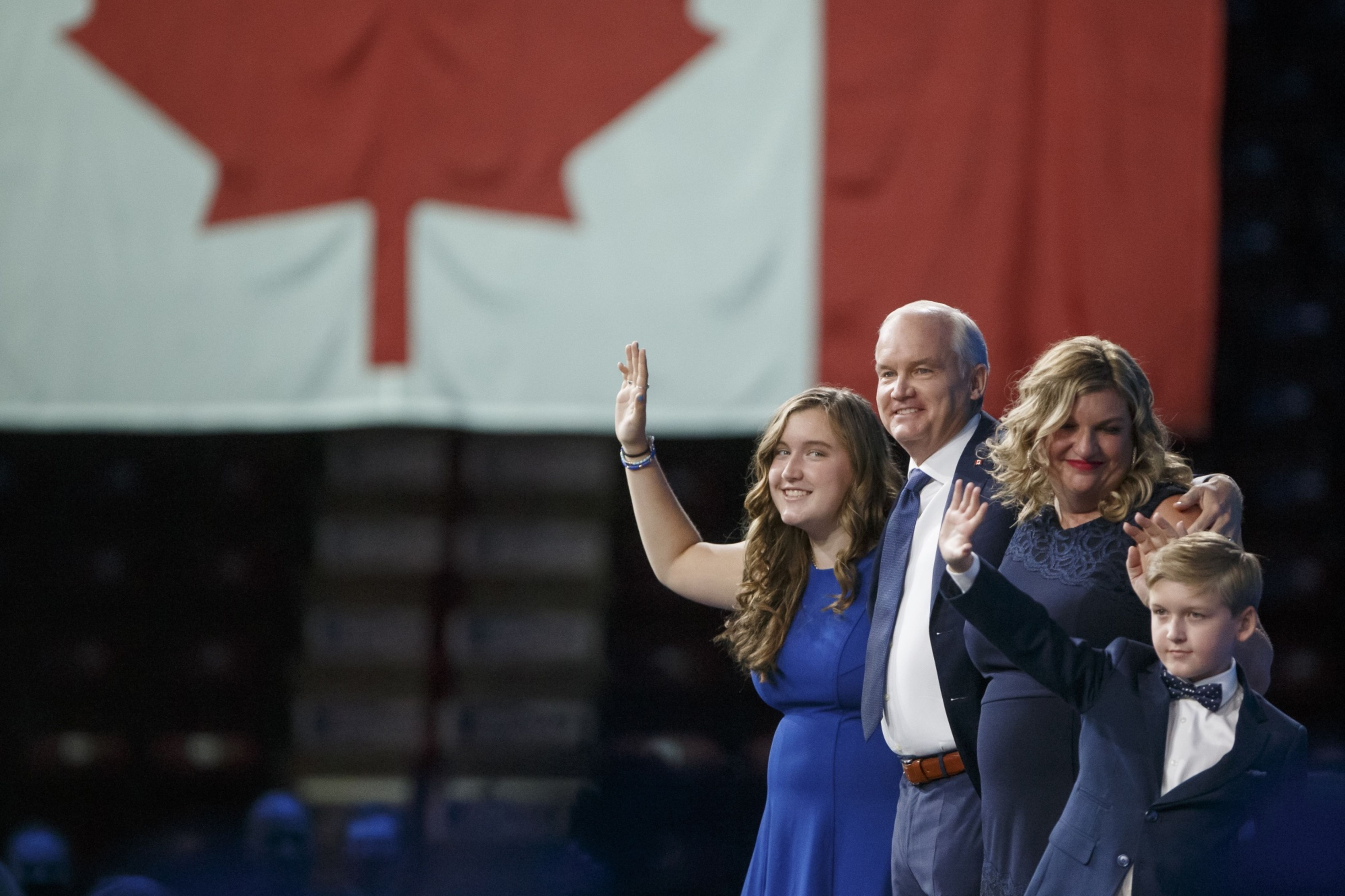 But the prospect of the Liberals linking up with the New Democrats on policy could prompt an even more leftward shift. The NDP wants to raise tax rates on corporate income and capital gains, as well as on wealthy individuals.

The election outcome also amounted to a rejection of O’Toole, the Conservative leader whose gamble to move his party closer to the political center with a moderate platform failed to win enough voters to offset losses to his right. In particular, the Conservatives struggled to make any breakthroughs in the big urban centers.