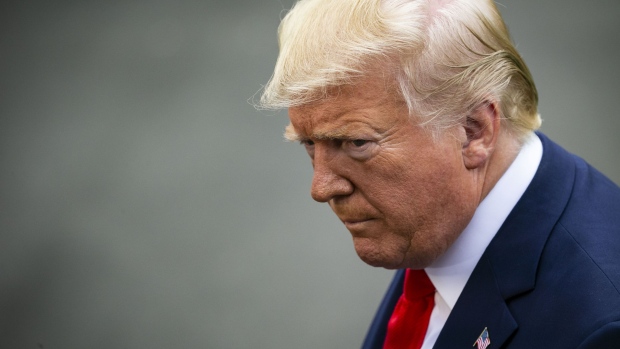 Donald Trump listens to a question while speaking to members of the media before boarding Marine One on the South Lawn of the White House in Washington, D.C. Bloomberg/Al Drago

President Donald Trump suffered another setback in his effort to guard his financial information as a federal appeals court refused to block a subpoena for his tax records issued by the Manhattan district attorney.

The 3-0 ruling by a federal appeals court in Manhattan moves the case closer to a possible showdown in the U.S. Supreme Court. If Trump loses there, he may run out of legal alternatives to block District Attorney Cyrus Vance Jr. from obtaining the records.

A lower-court judge in New York ruled on Oct. 11 that Trump can’t stop his accountants, Mazars USA LLP, from providing eight years of taxes and other financial documents to Vance, whose office is investigating whether the Trump Organization falsified business records to disguise hush payments to two women who claimed they had sex with him. The appeals court on Monday largely upheld that decision.

“Presidential immunity does not bar the enforcement of a state grand jury subpoena directing a third party to produce non‐privileged material, even when the subject matter under investigation pertains to the president,” the appeals court said.