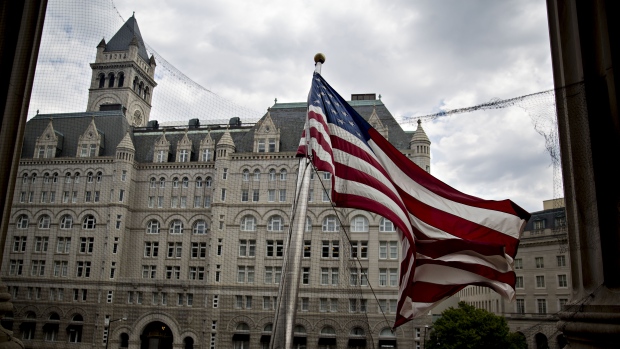 A U.S. appeals court in Virginia agreed to reconsider a Maryland and District of Columbia lawsuit accusing President Donald Trump of using his office to enrich himself in violation of the U.S. Constitution.

A three-judge panel had rejected the case in July. That decision overturned a pair of trial court rulings that had let the lawsuit to go forward and granted Democratic attorneys general Brian Frosh of Maryland and Karl Racine of D.C. permission to start investigating Trump’s financial records.

A full complement of judges sitting on the Richmond-based court scheduled a new hearing on Dec. 12. A New York-based U.S. Court of Appeals revived a separate suit in a ruling last month. A third such lawsuit, filed by more than 200 Democratic members of Congress, is pending in Washington.

The series of rulings is bound to deepen Trump’s political peril as House Democrats press an impeachment inquiry prompted by a whistleblower’s complaint accusing the president of tying foreign aid to Ukraine with that country’s willingness to investigate Democratic presidential candidate Joe Biden and his son Hunter.