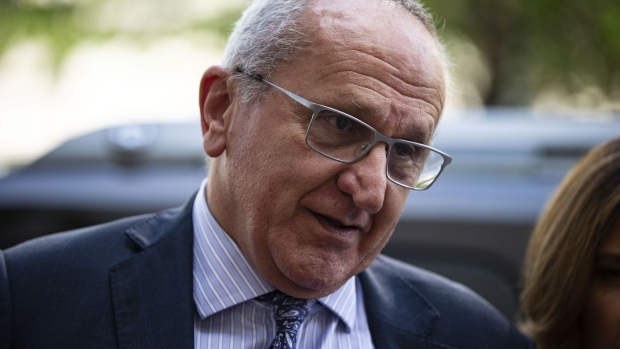 The Mexican economist who helped negotiate a trade deal with the U.S. and Canada has plenty of experience on paper to win the race to lead the World Trade Organization. He also faces some vexing political obstacles.

Jesus Seade worked on creating the WTO almost three decades ago. His career spans the World Bank, International Monetary Fund, and universities in Hong Kong and China. He was one of Mexico’s lead negotiators for the replacement of Nafta that took effect July 1 -- a deal hammered out with the U.S.’s top trade official, Ambassador Robert Lighthizer.

But Seade’s ambition may get snagged in the sticky circumstances of this year’s race and the brambles of international diplomacy. Roberto Azevedo, the outgoing WTO chief, is Brazilian. Some nations want to look outside Latin America for his successor. For some WTO members like China, Seade’s relationship with Lighthizer may align him too closely with the U.S.

The pursuit of diversity may favor others, too. After having six men as director-generals since the WTO’S founding in 1995, two Black women from large African economies with impressive resumés and visions -- Amina Mohamed of Kenya and Nigeria’s Ngozi Okonjo-Iweala -- are seen as the front-runners.

“I’ve always viewed Seade as one of the stronger candidates,” said William Reinsch, a trade official in the Clinton administration and senior adviser at the Center for Strategic and International Studies. “Not all of the candidates check all of the boxes. He checks a lot of them.”

He has “two drawbacks” of gender and geography, Reinsch said.

Seade’s fate and that of any other contender could fall victim to the larger U.S.-China trade squabble. WTO delegates in July couldn’t even agree on picking an acting leader when Azevedo leaves Aug. 31. The U.S. demanded that an American deputy director-general get the interim job. China pushed back.

The impasse raises the specter of the WTO failing to agree on a new leader for a four-year term. The process could potentially extend into next year, making the possible change in the U.S. presidency in January another wild card.

At stake is the leadership of the global body covering rules for trade at a time when countries are imposing protectionist policies, particularly to ensure adequate supply of food, medicine and protective gear during the Covid-19 pandemic.

Seade, who has been meeting with representatives from the WTO nations in Geneva, is in Washington this week and met on Tuesday with Lighthizer to seek U.S. support. Seade said in an interview that nations should be more concerned with finding the best-prepared candidate than worrying about nationality or gender.

Lighthizer hasn’t said publicly who the U.S. backs, and doing so actually could hurt that candidate, Reinsch said.

“I would expect no fingerprints on this,” he said. “The best thing that can happen for Seade is for the United States and Lighthizer to say nothing.”

Seade is familiar with the challenge of balancing between America and China based on more than a decade each in academia in Asia and working at the Washington-based Bretton Woods institutions, where his portfolio included Africa debt relief efforts. He has a doctorate in economics from the University of Oxford.

In the WTO selection process, a trio of current officials will whittle down the candidates from the current eight to five in private consultation with the 164 member nations starting after Sept. 7. From there, the group will be reduced to two, and then one will be recommended as the consensus pick.

“It’s more of an art than a science,” said Rufus Yerxa, president of the National Foreign Trade Council in Washington and former WTO deputy director-general. “You never know how many allies a particular candidate is going to have.”

Seade, 73, is already pushing an ambitious agenda if he gets the job, pledging within his first 100 days to complete a long-stalled fisheries agreement and agree on measures to repair the WTO’s dispute resolution body through the creation of an oversight committee.

“You need an expert hand that hits the ground running,” Seade said.

At a time where the Organization for Economic Cooperation and Development, the Inter-American Development Bank and other groups also will be choosing a leader, nations may trade support for candidates in different processes, said Kelly Ann Shaw, a partner at Hogan Lovells in Washington and a former Trump White House trade official.

“I wouldn’t write anybody off just yet,” she said. “It’s an ‘anything can happen’ situation.”