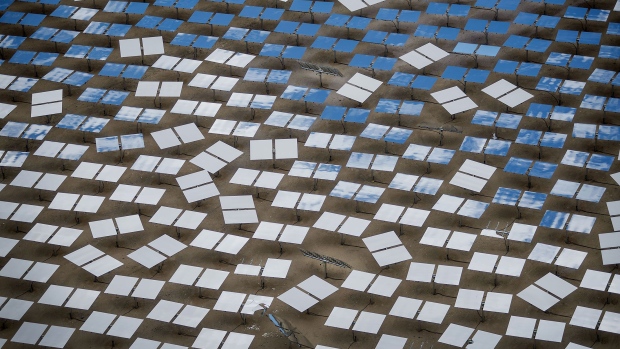 (Bloomberg) -- President Donald Trump’s trade barriers are driving up prices for U.S. solar power and holding back development, according to Kevin Smith, Lightsource BP’s chief executive officer for the Americas.

The San Francisco-based solar developer is paying as much as 60% more for solar panels it’s using in the U.S., compared with costs for projects in other parts of the world, Smith said. The prices at which it can deliver electricity to utilities “could be lower without those tariff prices,” he said Friday in an interview at Bloomberg‘s offices in Washington.

And it’s not just the tariffs that were imposed on solar panels in 2018, he said. Duties on steel and inverters are also boosting installation costs. All that has become a drag on the U.S. solar industry, according to Smith. Lightsource is partly owned by BP Plc.

Smith stressed that even with the tariffs, solar is still an attractive, low-cost option for utilities and corporate buyers inking deals to buy it. “Solar energy is still being viewed in a lot of markets as the cheapest source of energy supply, and you win projects on that basis,” he said.

To contact the reporters on this story: Will Wade in New York at wwade4@bloomberg.net;Jennifer A. Dlouhy in Washington at jdlouhy1@bloomberg.net

To contact the editors responsible for this story: Lynn Doan at ldoan6@bloomberg.net, Christine Buurma, Joe Richter