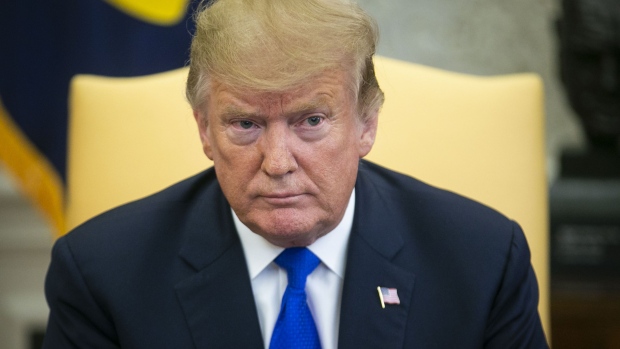 “I’m not going to be watching,” Trump told reporters Monday at the White House before adding, “Probably, maybe I’ll see a little bit of it.”

Mueller, a reluctant witness, is scheduled to testify before the Democratic-led House Judiciary and Intelligence committees on his investigation. Mueller said he didn’t find enough evidence to prove that those around Trump conspired in Russia’s interference in the 2020 election and that he couldn’t exonerate the president on whether he sought to obstruct justice by impeding the probe.

While Democrats say they hope Mueller will provide information about multiple contacts with the Russians and at least 10 possible attempts at obstruction, the president said “you can’t take all those bites out of the apple.”

“We had no collusion, no obstruction, they had no nothing -- we had a total no-collusion finding,” Trump said, even though Mueller didn’t reach those conclusions. “The Democrats were devastated by it, they went crazy.”