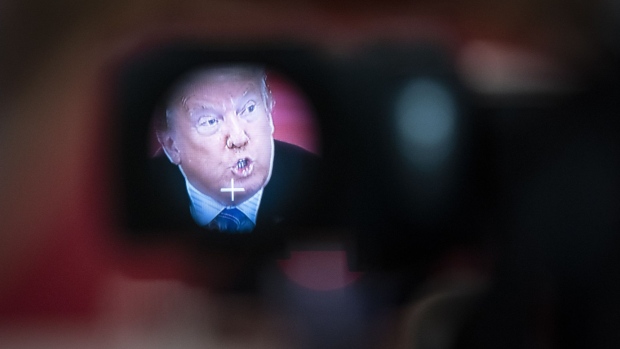 Coronavirus is skyrocketing in Republican-leaning Sunbelt and interior states, where shifting attitudes about the virus and President Donald Trump’s handling of it could spell more trouble for his re-election effort.

New cases have exploded in particular in Arizona and Florida, battlegrounds Trump must retain to win re-election. Jacksonville, Florida, where the president relocated the Republican National Convention, had the fastest-growing rate of coronavirus of any metropolitan area in the U.S. for the week ended July 4, according to Evercore ISI.

The convention site was changed after Roy Cooper, the Democratic governor of North Carolina, balked at holding a gathering in Charlotte, as planned since 2018 when it was the only city to officially submit a bid, at full capacity.

The slide in support for Trump occurred as the president stopped talking about the virus and masks to focus instead almost entirely on reopening, a risky gamble that so far appears to be backfiring.

Pew Research Center polls show Trump’s approval is slipping fastest in the 500 counties where the number of cases have been more than 28 coronavirus deaths per 100,000 people.

Pew surveyed voters in late March and the same people again in late June, and found 17% of those who approved of the president in March now disapprove.

The shift came almost equally among Democrats and Republicans, men and women, and college graduates and non-graduates. But those who live in counties with a high number of virus cases were 50% more likely to say they no longer approve of Trump.

And older voters, who have typically trended conservative and have backed Trump in the past, are abandoning him at the same time the virus hits those ages 65 and older the hardest.

Seniors in those states disapproved of Trump’s handling of the pandemic, 52 per cent to 45 per cent. And by a 26-point margin those voters said the federal government should prioritize containing the pandemic over reopening the economy 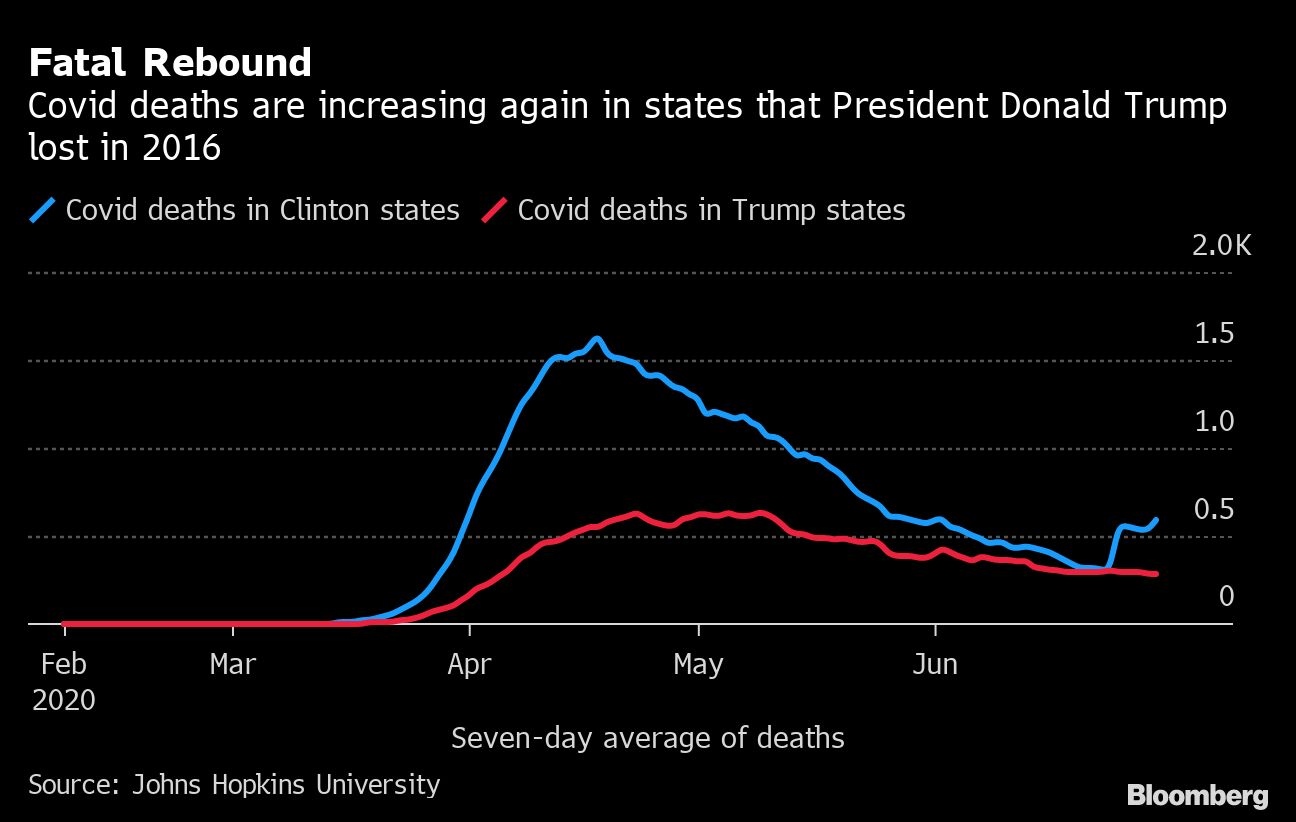 The shift of coronavirus cases from Democratic-leaning, densely populated cities like New York, Chicago and Boston into the Sunbelt and rural America has been swift and dramatic.

States Trump carried in 2016 accounted for 75 per cent of new COVID-19 cases during the seven days ended July 4, though they only represent 57 per cent of the U.S. population.

As recently as May 1, when Texas began its reopening and many Republican-led states followed, only 34 per cent of new virus cases were coming from those states. The states first accounted for a majority of new cases just over a month ago, on June 4, according to a seven-day rolling average.

Within that same time frame, Trump’s support has dwindled in states long considered Republican strongholds. Biden narrowly led Trump in Texas, 45 per cent-44 per cent, a state the president won by 9 percentage points in 2016. In Georgia, which Trump won by 5 points in 2016, Biden was up 47 per cent-45 per cent in a Fox News Poll taken June 20-23.

The virus’s geographic shift has begun to unify political leaders over wearing a face mask, a means of protecting against the virus that had become a political identity badge when the virus was attacking coastal, largely Democratic areas.

Trump at one point suggested that wearing a mask was a sign of opposition to his re-election. He went ahead with a June 20 rally in Tulsa, Oklahoma, over the objections of public health authorities and complained in a tweet that critics were trying to “COVID Shame” his campaign into canceling the event.

Vice President Mike Pence, who less than two weeks earlier dismissed concerns about a second wave of COVID cases as “overblown” and media “fear-mongering” in a Wall Street Journal opinion article, used a trip to Texas June 28 to urge members of the public to wear masks, saying it’s “just a good idea.”

COVID has begun to spread more rapidly in rural areas, with record numbers of new cases in non-metropolitan counties in recent days. But even as the virus has moved to Republican-leaning states that have been aggressive about reopening, the most visible outbreaks are in big metropolitan areas such as Miami and Houston, where some hospitals are running out of intensive care beds.

The rise in deaths in Republican-leaning states has been slower so far. It often takes weeks after infection for a patient to die and it can take a week or longer even after death for the fatality to show up in state statistics. The wave of cases also clustered among younger people drawn to reopened bars, night clubs and restaurants, and less likely to suffer severe complications from COVID-19 than their parents and grandparents.

But there are ominous signs. New cases hit a record among over-75-year-olds in Florida in late June, and by last week daily fatalities were the highest in month. Arizona set new records for its daily death rate last week; those over 65 have accounted for 73 per cent of all the COVID fatalities in the states.