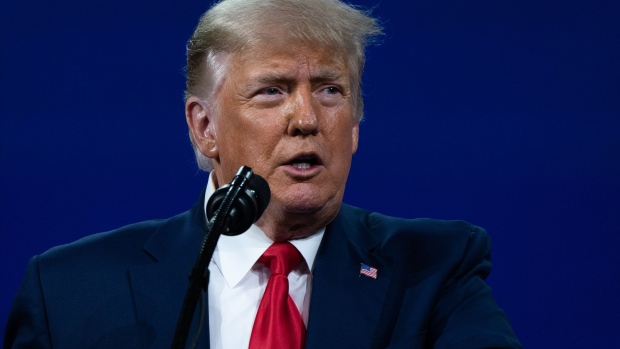 Former President Donald Trump’s media company is proving a hit with day traders even though it hasn’t launched yet.

Shares of Digital World Acquisition Corp. skyrocketed as much as 1,225 per cent since an announcement that the blank-check company will merge with Trump Media & Technology Group. The stock was up 129 per cent to US$104 at 1:14 p.m. in New York Friday after volatility triggered at least 12 trading halts during the session.

Trump’s fans on social media have pumped the stock on Reddit and StockTwits, fueling heavy trading. On Friday, the special-purpose acquisition company was the top purchase on Fidelity’s platform with about 61,000 buy orders from customers. That demand built on Thursday’s jump when the stock was the most purchased on Fidelity’s platform with nearly quadruple the buys than any other stock. 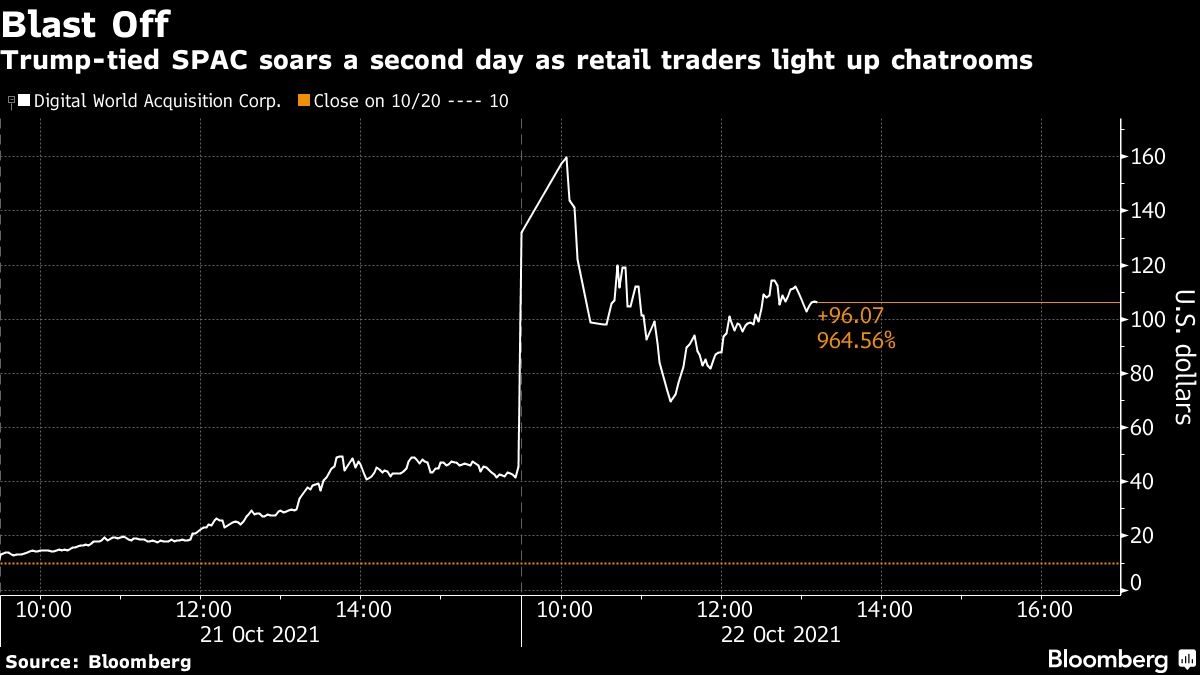 While retail traders continued to rush into the SPAC, the two-day surge drew its share of skeptics. Sahm Adrangi, founder and chief investment officer at Kerrisdale Capital Management, warned investors that “setting up a social media network isn’t something you can just snap your fingers and do.”

“I’m skeptical, but I could see how this is a story that would capture people’s imaginations,” said Adrangi, whose New York-based hedge fund makes short bets against companies, including SPACs. “These things go very vertical, very quickly, and often go down very quickly.”

The former president’s new enterprise has yet to be formally launched, but will be in operation by the first quarter of 2022, according to a news release. It plans to start a social media company called Truth Social. The moves, if all goes according to plan, would occur well ahead of the 2022 midterm elections.

The stock was among the most actively traded companies with a market value above US$500 million, with about 98 million shares changing hands Friday. Phunware Inc., a newly crowned meme stock, also captivated retail traders on Friday with shares soaring more than 1,470 per cent at one point.

The two-day surge for Digital World Acquisition stands out in contrast to broader malaise for SPACs. The investment vehicle, which took Wall Street by storm earlier this year, has fallen out of favor recently with the Indxx SPAC & NextGen IPO Index down 35 per cent from a February peak.