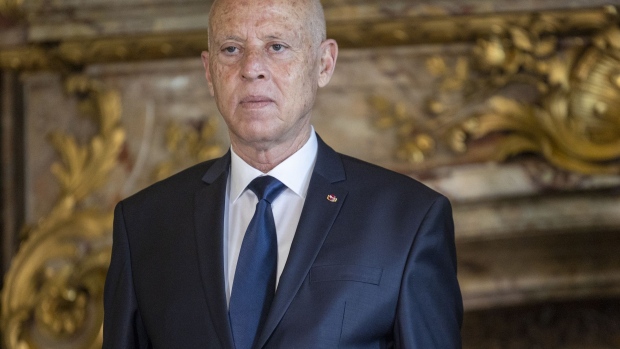 The draft reform of the constitution was published on the official gazette on Thursday, with a presidential decree linking it to plans to set up a “new republic”.

The revisions will update a 2014 charter that was the result of painstaking negotiations between the North African nation’s myriad factions in the aftermath of its Arab Spring revolt. In contrast, the proposals were drafted by a panel picked by President Kais Saied, who critics accuse of seizing powers that threaten to tip Tunisia back into dictatorship after he suspended parliament almost a year ago.

The proposed reforms boost the president’s prerogatives and dilute those of the assembly as they propose introducing a national council of regions and provinces to share legislative duties with the assembly of representatives. The president, said the text, assumes “executive functions with the help of a government headed by a prime minister”. The draft also relegates the status of the judiciary from authority under the current constitution to a function

The July 25 vote comes at a crunch time for Tunisia, which is in talks with the IMF for a rescue package seen key to staving off a default after years of economic lassitude and intermittent political crises. Central bank officials have warned the Ukraine war is causing greater turmoil than the pandemic as inflation hits its highest since 2018, calling for an import-curb to protect foreign reserves and ensure the country can afford crucial grains, fuel and medicine.

Saied, a former constitutional law professor, is presenting the revised charter as the cornerstone of what he calls a “new republic.” The surprise winner of 2019’s presidential election on an anti-establishment ticket, he’s been ruling by decree since last year while sidelining the judiciary, asserting he’s acting to save Tunisia from chaos and corruption.

His moves initially found support among Tunisians struggling with the economic impact of Covid-19 and frustrated by years of bickering between lawmakers in the country’s divided parliament. Recent months have seen growing -- although still limited -- protests against Saied as well as mounting opposition to his mooted economic reforms by the UGTT, the largest trade union. It brought Tunisia to a standstill with a June 16 general strike to protest mooted spending cuts, and is promising further action.

Turnout for the referendum may be low. The UGTT and major political groups such as the Islamist Ennahda party as well as the secular Free Dostouri Party have opposed the plan and were sidelined by the panel revising the constituton. Authorities earlier this year invited Tunisians to submit proposed changes via an online plaform. Less than 10% of eligible voters bothered.

Even if Saied’s proposals do win approval from a majority of voters, that provides little sign Tunisia is nearing the broad popular and political agreement on economic reforms that the IMF has signaled may be key to finalizing a rescue package.