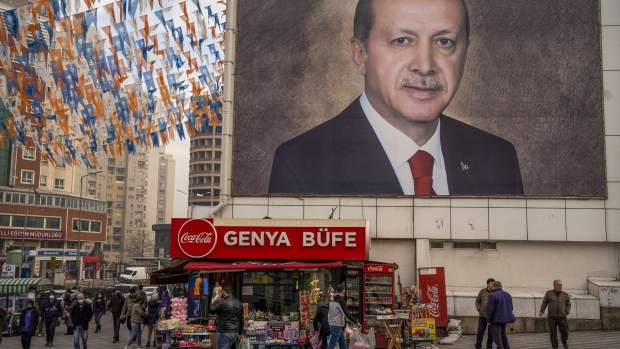 Turkey replaced the head of the country’s statistics agency within less then a year as the institution has been caught up in political debates over the reliability of key economic data.

Turkish President Recep Tayyip Erdogan appointed Erhan Cetinkaya as the new president of Turkish Statistical Institute, or TurkStat, after serving as vice chairman of Banking Regulation and Supervision Agency since 2019. Sait Erdal Dincer has been removed from duty 11 months after his appointment, according to decree in the official gazette published on Saturday.

Cetinkaya is taking over a job that has been at the center of harsh criticism over data trustworthiness in recent years. The agency has been suspected of rigging numbers to please Erdogan as the nation’s economy suffered from consecutive currency crises.

The leader of opposition party CHP, Kemal Kilicdaroglu, stormed TurkStat’s headquarters last month to demand a meeting with the chief as he accused the state agency of hiding true inflation. He was barred from entering the building. “The statistics office has become an institution of the palace,” Kilicdaroglu said, referring to the presidential building in Ankara.

President Erdogan’s desire for lower borrowing costs is facing runaway inflation, while developed economies are headed for significant monetary tightening. Turkish inflation surged to a 19-year high in December to 36%. Even so, the discussion over inflation data continued amid claims that living costs surged more than the official data suggests.

ENAGroup, an independent inflation research organization argued that real inflation figures exceed the official data by a big margin. TurkStat filed a lawsuit against the researchers, claiming that the disclosure of the data was intended to damage the reliability of the institution.

TurkStat will release this year’s first inflation data on Thursday. Annual inflation is expected to rise to 48% according to the median estimate in a Bloomberg survey of 16 analysts.