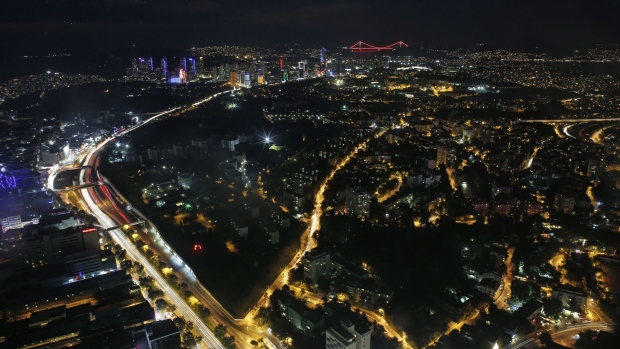 (Bloomberg) -- Turkey’s consumer inflation accelerated for a sixth month in November, driven higher by a slump in the lira as the central bank lowered interest rates and rising energy costs.

Prices rose an annual 21.31% through last month, up from 19.89% in October. That was faster the 20.7% median estimate in a Bloomberg survey of 20 analysts. Monthly inflation was 3.51%, compared with the median estimate of 3% in a separate survey.