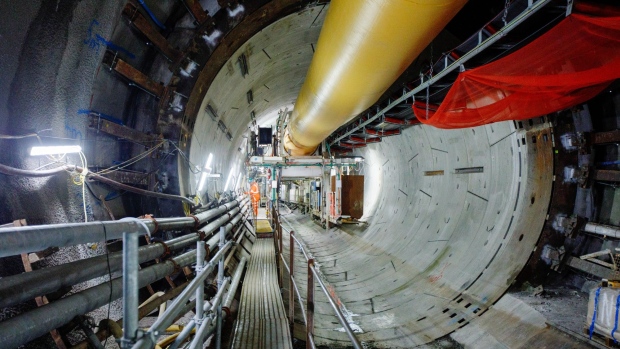 (Bloomberg) -- British regulators approved a Chinese-designed nuclear reactor even as the government questions the involvement of the Asian nation in critical infrastructure projects.

The reactors can now be built in Britain and used in atomic power projects that the U.K. sees as key to its net-zero emissions strategy. The government has also said that the current energy price crisis has highlighted the need to reduce exposure to expensive, foreign sources of natural gas and rely more on home generated sources of power like nuclear.

These plants are expensive and almost always require government support. Electricite de France SA, the main developer in the U.K., had teamed up with China General Nuclear Power Corp to cooperate on three projects. But the government has been exploring ways to remove CGN as a partner.

EDF’s Hinkley Point C, in which CGN holds a stake, is due to start generating in 2026. The company is in talks with the government about financing a second plant at Sizewell, which it says is still feasible even without CGN’s funding. The government has agreed to fund at least one large-scale nuclear plant by 2024.

The two companies are also partners in a third U.K. project, Bradwell B, with CGN at the helm. The project hasn’t yet been submitted for approval to the infrastructure planning body, but could use the latest approved UKHRP1000 Chinese reactor design.

“Chinese nuclear energy companies have state-of-the-art technology and strong investment capabilities,” China’s U.K. embassy said in a July statement. “If such cooperation is to be suspended under duress, this will be against U.K.’s interest.”