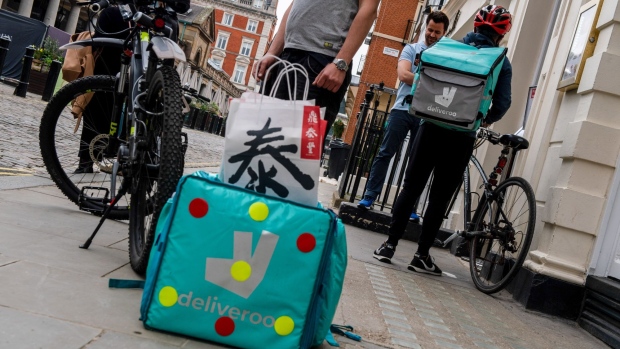 (Bloomberg) -- Activity in the U.K.‘s service industries grew at the fastest pace since August last month as businesses prepared for the easing of Covid-19 restrictions.

IHS Markit‘s Purchasing Managers Index climbed to 56.3 in March, the first time in five months it was above the critical 50 mark that signals expansion. Firms recorded their strongest optimism in more than 14 years and resumed hiring for the first time since the pandemic reached the U.K. a year ago.

While the reading for new work rebounded strongly, export sales fell due to international travel curbs and friction at the border following Britain’s exit from the European Union. The survey indicated a steep increase in costs, with the highest input price inflation since June 2018. Prices charged also rose.

“U.K. service providers were back in expansion mode in March as confidence in the roadmap for easing lockdown restrictions provided a strong uplift to new orders,” said Tim Moore, economics director at Markit. “Around two-thirds of the survey panel forecast an increase in output during the year ahead, which reflected signs of pent-up demand and a boost to growth projections from the successful U.K. vaccine rollout.”

Two-thirds of businesses say they can operate at close to full capacity when current restrictions are eased on April 12, according to a separate report published by Lloyds Commercial Banking on Wednesday. Manufacturers were most confident about their ability to reopen, followed by construction firms.