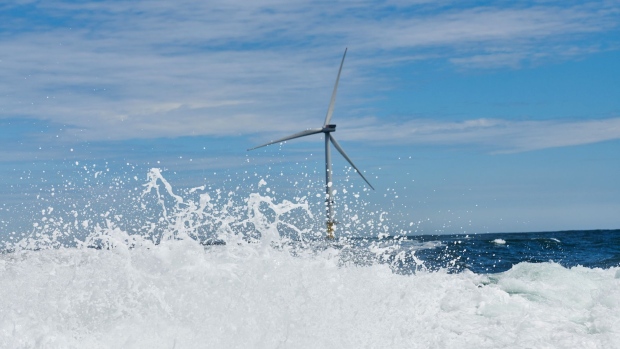 (Bloomberg) -- U.K. Business Secretary Kwasi Kwarteng sought to damp speculation that taxes will have to rise in order to fund the government’s green goals a day after the Treasury said it would need to consider new sources of revenue to pay for the transition.

“I don’t think that tax rises are inevitable,” Kwarteng said when asked on LBC radio what new taxes would be needed to meet the U.K.’s net zero ambitions. “In order to go green, we have to attract private investment. There’s no way that any government in the world frankly is going to be able to tax people enough to make that transition.”

Prime Minister Boris Johnson has set some of the most ambitious goals among developed nations to reduce net greenhouse gas emissions to zero by 2050. Those include measures to phase out traditional auto engines, natural gas boilers for home heating and fossil fuels for generating power.

That’s raised concerns about the cost to ordinary Britons of making the necessary changes. Kwarteng’s department on Tuesday unveiled a wide-ranging strategy to reduce emissions across all sectors of the economy, from the power sector to farming. The business secretary’s remarks suggest tension with the Treasury, which in a separate document assessing the economic trade-offs in the transition suggested tax rises may be needed.

“If there is to be additional public spending, the government may need to consider changes to existing taxes and new sources of revenue throughout the transition in order to deliver net zero sustainably, and consistently with the government’s fiscal principles,” The Treasury said in its net zero review. “Seeking to pass the costs onto future taxpayers through borrowing would deviate from the polluter pays principle, would not be consistent with intergenerational fairness nor fiscal sustainability, and could blunt incentives.”

It follows an inter-ministerial squabble earlier this month when Kwarteng said in a series of broadcast interviews that he was in talks with the Treasury about helping industry cope with rising gas prices, only to be contradicted by Chancellor of the Exchequer Rishi Sunak’s department.

But Kwarteng on Wednesday pushed back against any notion of a split between the two men, telling Sky News “we have very good relations.”

The Treasury’s document on Tuesday also said the estimated loss of income from fuel duty and vehicle excise duty as fossil fuels are phased out would cut tax receipts by the equivalent of 1.5% of gross domestic product in the 2040s. Those taxes brought in 37 billion pounds last tax year. It said carbon pricing will need to be expanded, though that alone couldn’t plug the gap.

Kwarteng pointed out that the price of installing wind turbines at sea has plunged dramatically over the past decade as 100 billion pounds ($140 billion) of investment poured in.

“It’s not a heroic assumption to say that by 2030 we would have attracted an additional 90 billion pounds” for the net zero transition, he told BBC radio. “It’s not true to say that the green transition will cost us economically. In fact, I think it represents an economic opportunity.”