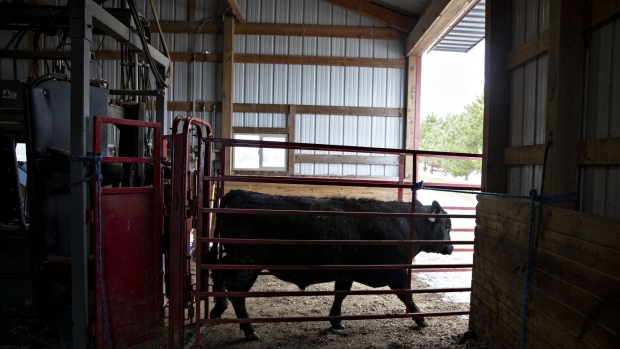 An Angus bull walks toward a trailer following an Angus bull auction at Woodhill Farms in Viroqua, Wisconsin, U.S., on Saturday, April 13, 2019. , Bloomberg

The U.S.-China trade deal will remove a major hurdle that kept most American beef from being shipped to the Asian nation.

Beijing will ease hormone-limit requirements for beef imports within a month as part of the phase-one agreement that was signed Wednesday. Previously, most U.S. meat couldn’t be exported to China because it wouldn’t comply with stricter restrictions. 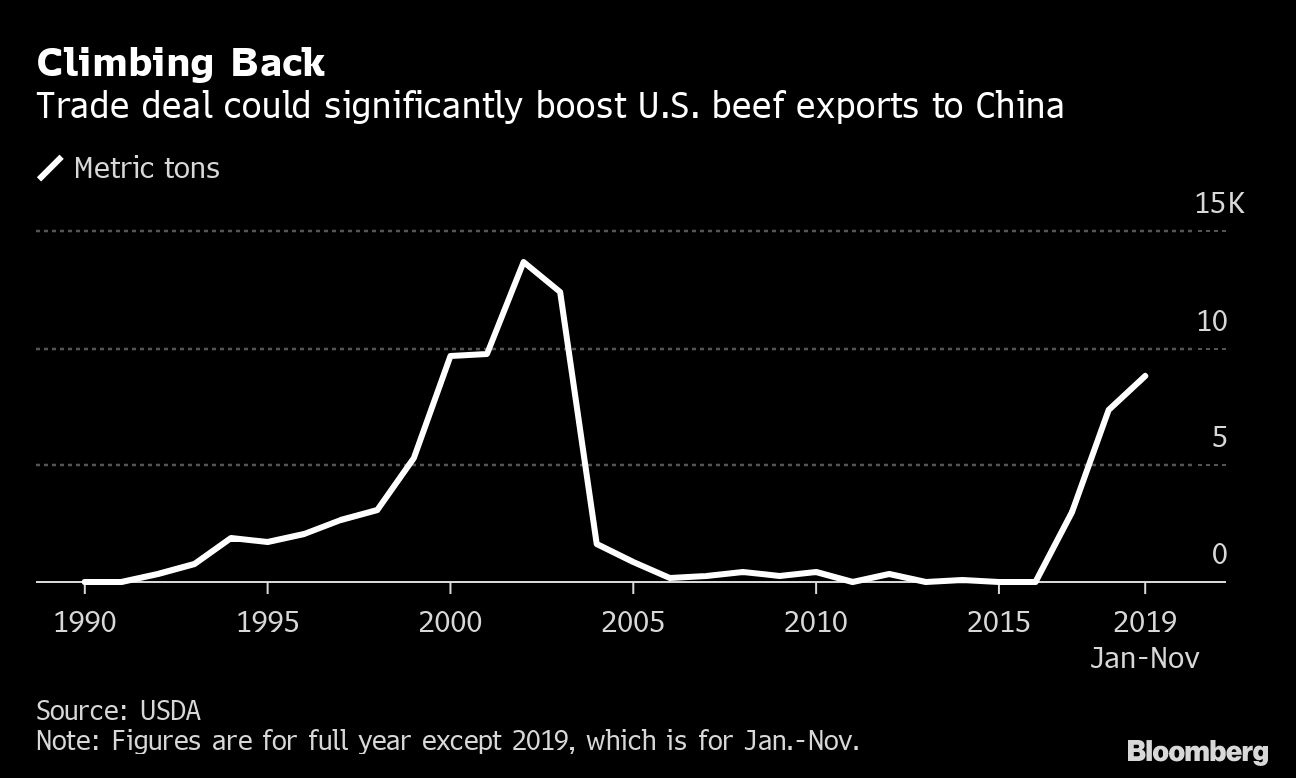 China reopened the door to U.S. beef in 2017 after a years-long ban triggered by a case of mad cow disease in Washington state. Since then, exporters have only been sending meat from cattle raised in hormone-free programs, which make up a minuscule portion of American output.

The trade deal “will definitely enhance interest in the Chinese market for everyone in the beef supply chain,” said Joe Schuele, vice president of communications at the U.S. Meat Export Federation. “The language, complicated as it is, really says that China will treat hormone use like most of our major markets do,” he said.

Big importers of American beef, such as Japan and South Korea, follow what’s known as Codex maximum residue limits (MRLs) for hormones levels allowed in the meat. This standard is less restrictive than the one China uses, data from the U.N.’s Food and Agriculture Organization and the U.S. Agriculture Department show.

However, as part of China’s pledge to buy as much as $42 billion worth of additional U.S. agricultural products, the country will adopt the Codex MRLs standard, according to the trade agreement, potentially opening the door for the majority of American beef supply.