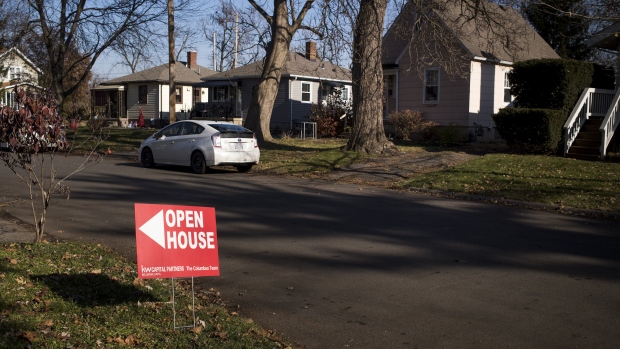 An "Open House" sign is displayed in the front yard of a home for sale in Columbus, Ohio, U.S., on Sunday, Dec. 3, 2017. Photographer: Ty Wright/Bloomberg , Bloomberg

Contract closings increased from the prior month to an annual rate of 5.22 million, the National Association of Realtors said Wednesday. That compared with economists’ projections for sales of 5.2 million. The median sales price rose 3.8 percent from a year earlier, while the inventory of available homes expanded 2.8 percent, the third straight increase.