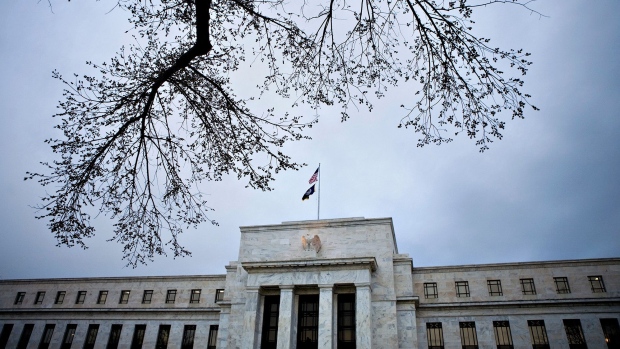 Jerome Powell will likely face questions about the Federal Reserve’s plans to slow its asset purchases as well as potential fallout from a deadly virus when he faces reporters after a policy meeting Wednesday.

The Fed is all but certain to keep interest rates steady following December forecasts that showed no change in 2020, and is expected to reinforce the signal that policy is on hold. Officials could tweak a secondary rate, known as the interest on excess reserves, in a technical move.

The Federal Open Market Committee will announce its decision in a policy statement at 2 p.m. in Washington and the chairman will hold a press conference 30 minutes later. There are no economic forecasts published at this meeting.

Here are six issues investors are watching for:

Some analysts see the Fed lifting IOER by five basis points to help keep the benchmark federal funds rate within its target range. This is currently 1.5% to 1.75%, with IOER set at 1.55%. A move up would guide IOER back toward the center of the range after officials tweaked it lower. Such a step may have a modest impact on the effective funds rate, which the Fed focuses on to control monetary policy.

Investors will also focus on the balance sheet, which the central bank resumed growing in October to relieve strain in money markets. It is buying Treasury bills at a monthly pace of $60 billion but could taper that amount. It has already said purchases will continue at least through the second quarter.

Powell has repeatedly said the buying is not quantitative easing. But Wall Street sees it adding up to similar policy stimulus, stoking stocks and bonds. Some officials, including Dallas Fed’s Robert Kaplan, have said there is a cost to growth in asset holdings.

“The market will focus squarely on what Powell will say about the balance sheet,” said Roberto Perli, a partner at Cornerstone Macro LLC in Washington. “I think Powell will try to communicate that at some point the rate of growth of the balance sheet will slow down and eventually either stop or grow very slowly.”

Powell may want to foreshadow changes in the balance sheet so Wall Street is not taken by surprise and avoid any repeat of the 2013 taper tantrum when then-chairman Ben Bernanke startled investors with talk of winding down bond buying.

The FOMC could also, if needed, purchase short-term coupon securities other than Treasury bills and has considered creating a standing repo facility as a additional source of liquidity to prevent money-market strain. Both topics are likely to surface again in the press conference. 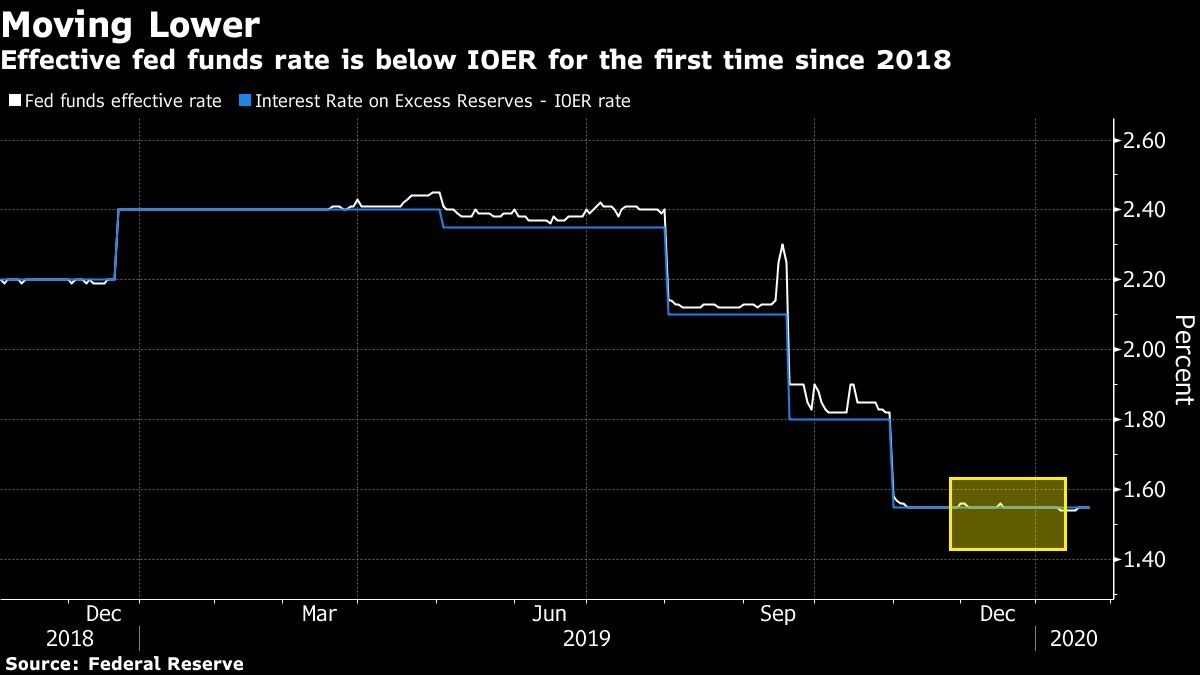 Powell can also expect questions about how officials view the likely economic fallout from the deadly coronavirus in China that has claimed more than 100 lives. World financial markets have been rattled by parallels with the outbreak of the SARS virus and what it might mean for the Chinese and global economy, though U.S. equities regained some of their poise on Tuesday after steep losses the day before.

Judging the impact of the coronavirus will depend on how quickly Chinese authorities are able to bring it under control and whether extensive contagion reaches other countries, including the U.S. Both are hard to know at this stage and Powell is likely to stress officials are watching the situation closely but avoid delivering any clear signal on what it may mean for monetary policy.

The lesson of SARS “is that disease outbreaks can have a marked negative impact on China’s growth. If that happens again, China’s larger role in the global economy would significantly increase spillovers,” said Bloomberg chief economist Tom Orlik. “The other lesson of SARS: a panicked reaction in the early stages of the outbreak can overstate the risks.”

In its policy statement, the committee is likely to repeat language from December that growth has been “moderate,” with business spending sluggish and inflation running below the 2% goal. One possible change would be a mention of improvement in housing.

“We expect hardly any changes to their statement,” said Julia Coronado, a founder of MacroPolicy Perspectives LLC in New York. “The economic data are tracking their forecasts and there is no inflation, so that would leave them patient.”

In the press conference, Powell is likely to repeat that the U.S. economy, and monetary policy, are in a “good place,” and it would take a material change in the outlook to cause a move. He could suggest risks have lessened with the U.S.-China trade agreement announced Jan. 15, which may reduce uncertainty for businesses, though other risks have emerged, including coronavirus.

“They are happy with where they are and happy with what markets are pricing for Fed rates,” said Stephen Stanley, chief economist at Amherst Pierpont Securities LLC. “The estimates for 2020 growth probably haven’t changed, though the downside risks may have diminished a bit.”

Investors have slightly increased bets the Fed will ease policy this year, though they still only fully price in one quarter-point cut by the end of 2020, according to federal fund futures contracts.

Powell may want to emphasize that policy is data dependent and there’s no “predetermined pause,” said Lindsey Piegza, chief economist with Stifel Nicolaus. “Investors want to be reassured that if economic conditions take a turn downward, the country’s monetary policy officials are ready and willing to provide stability.”

The FOMC, which typically each January puts out a statement of its long term goals for monetary policy, will delay that in light of its ongoing review of its monetary policy framework. Officials are considering adopting an average inflation target, allowing for overshooting to make up for past misses, and Powell may be questioned about the idea.

Carl Tannenbaum, Northern Trust Corp. chief economist, said, “The question is: if the Fed is struggling to hit two per cent, what gives it the confidence that it can exceed this target when called for?”