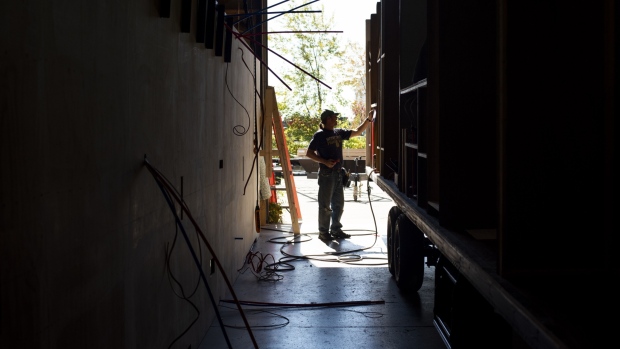 Applications for U.S. state unemployment benefits fell by the most in almost two months, offering some hope that the gradual recovery in the job market will continue despite a spike in Covid-19 infections and renewed business restrictions.

Initial jobless claims in regular state programs decreased by 75,000 to 712,000 in the week ended Nov. 28, the first drop in three weeks, Labor Department data showed Thursday. Without adjustments for seasonal fluctuations, applications dropped by about 122,000 during the period.

Continuing claims -- the total pool of Americans on state unemployment benefits -- declined 569,000 to 5.52 million in the week ended Nov. 21.

The main figures were below economists’ projections for 775,000 initial claims and 5.8 million continuing claims, based on the median estimates in Bloomberg surveys. One caveat: seasonal adjustments on claims data tend to be trickier around holidays, and last week included Thanksgiving, making it important to see if the trend holds. 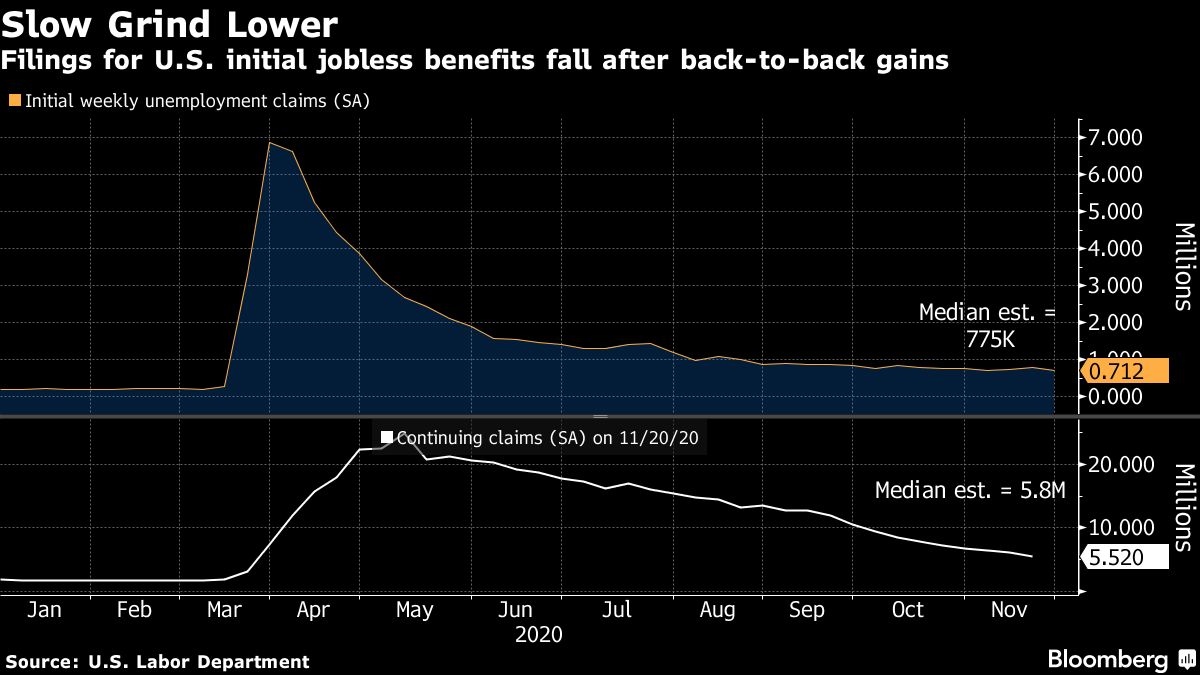 While the latest claims figures show gradual improvement, they’re still well above pre-pandemic levels. The labor market also remains challenged by a rising number of COVID-19 cases and a tightening of business restrictions in parts of the U.S. Some industries such as travel, leisure and hospitality are still depressed by the pandemic and could cut jobs more aggressively in the absence of additional fiscal relief.

The government’s monthly jobs report on Friday is projected to show payrolls grew by about 475,000 in November, still solid yet the smallest gain in seven months, according to the median forecast in a Bloomberg survey of economists. The jobless rate is forecast to tick down to 6.8 per cent from 6.9 per cent.

Continuing claims for Pandemic Unemployment Assistance, a program that provides benefits to self-employed and gig workers, decreased about 339,000 to 8.87 million in the week ended Nov. 14.

More people have moved into extended programs like Pandemic Emergency Unemployment Compensation, but these were put in place by the Cares Act will expire by year-end and leave millions of people without government aid. The number of Americans on PEUC assistance rose slightly to 4.57 million in the week ended Nov. 14.