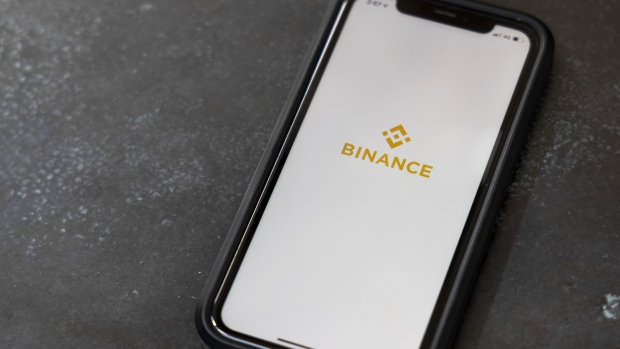 As part of the inquiry, U.S. officials have been looking into whether Binance or its staff profited by taking advantage of its customers, said people with knowledge of the matter who asked not to be identified because the probe is confidential. The review involves Commodity Futures Trading Commission investigators, who in recent weeks have been reaching out to potential witnesses, one of the people said.

Though it’s not based in any one country, Binance runs a massive trading operation where everyday clients buy and sell digital tokens worth tens of billions of dollars outside the oversight of government watchdogs. That gives the exchange a view into millions of transactions, and U.S. authorities are questioning whether the firm exploited that access, including by trading on customer orders before executing them.

In a statement, a Binance spokesperson said the firm has a “zero-tolerance” policy for insider trading and a “strict ethical code” to prevent any misconduct that could hurt its customers or the crypto industry. Binance’s security team has long-standing guidelines for investigating wrongdoing and holding workers accountable, with termination being the minimal repercussion, the spokesperson added.

Compliance has been a constant headache for Binance and its outspoken founder, Changpeng Zhao, who goes by CZ. A growing list of nations have demanded that the company and affiliates cease offering services within their borders, claiming they lack proper licenses. In the U.S., the Justice Department and Internal Revenue Service have launched criminal probes into whether Binance has been a conduit for money laundering and tax evasion, Bloomberg has reported.

Binance hasn’t been accused of wrongdoing and the investigations may not lead to any official action. The CFTC and the Justice Department have been examining the firm for months and it could be some time before the agencies decide whether to pursue enforcement actions.

Binance is far from alone in getting unwanted attention from U.S. authorities. Washington has watched the rapid growth of crypto with alarm, with agencies ranging from the Treasury Department to the Federal Reserve and the Securities and Exchange Commission increasingly worried that the market is a hotbed of illicit activity and that firms are veering into traditional financial services without protecting consumers.

The CFTC was already probing whether Binance let U.S. residents buy and sell derivatives linked to Bitcoin and other virtual tokens, and the regulator is continuing to seek information as part of that line of inquiry.

The CFTC, which routinely shares its findings with other federal agencies, has sought internal Binance data and communications that could indicate the firm may have tried to sign up U.S. customers, one of the people said. Binance isn’t registered with U.S. authorities, meaning it’s supposed to bar Americans from trading derivatives, which the CFTC regulates.

Zhao, who regularly touts crypto on Twitter and in media interviews, said in a July blog post that there has been a “hyper-focus on regulation when it comes to Binance.” He highlighted Binance’s policies to prevent insider trading and, as another protection against misconduct, said the firm walls off the unit that handles the issuance of new tokens from the rest of the exchange’s staff. Binance’s global compliance team and its advisory board have grown 500% since last year, he added, with plans to double their size by the end of 2021.

Zhao, who has been working out of Singapore, has previously said that Binance has sophisticated surveillance systems to keep U.S.-based traders off its exchange. He has repeatedly said that the firm is committed to following rules in the countries in which it operates.

Among topics the CFTC has recently asked potential witnesses about is the location of Binance’s data servers, one of the people said. While it couldn’t be determined why the CFTC was interested, it could be tied to jurisdictional issues and whether the agency can assert authority over Binance. U.S. courts have previously tossed out litigation against the firm on the grounds that it has neither offices nor managers in the states.

In 2019, Zhou helped incorporate Binance.US, a separate company that caters to American clients. Brian Brooks abruptly resigned as Binance.US’s chief executive officer in early August after leading the company for just three months. Brooks, who was acting comptroller of the currency during the Trump administration, cited differences over the firm’s strategic direction.

The CFTC investigation into Binance is being run out of Chicago and includes some of the same officials who worked on the regulator’s case against BitMEX, a rival crypto exchange.

Last month, BitMEX agreed to pay $100 million in a settlement with the CFTC and the Financial Crimes Enforcement Network to resolve claims that it let U.S. residents trade derivatives and that it lacked proper anti-money-laundering controls. BitMEX didn’t admit or deny the allegations.