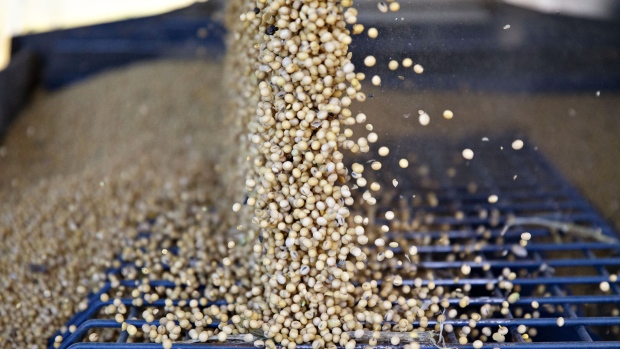 Soybeans are unloaded from a truck in Illinois. Bloomberg/Daniel Acker

Even as traders await details on the partial U.S.-China trade accord, government data shows American soybean shipments to the Asian country already were recovering from the lows of the more than yearlong feud.

In the year through Oct. 10, U.S. soybean shipments to China were up 23 per cent from the same period in 2018, Department of Agriculture data show.

The pickup in shipments might provide some comfort to American farmers who have been holding out for a breakthrough with China, which is by far the biggest global customer for soybeans.

While President Donald Trump on Friday said China could begin buying as much as US$50 billion worth of U.S. agriculture goods, officials in China want Washington to roll back tariffs to help meet that goal, people familiar with the matter told Bloomberg. 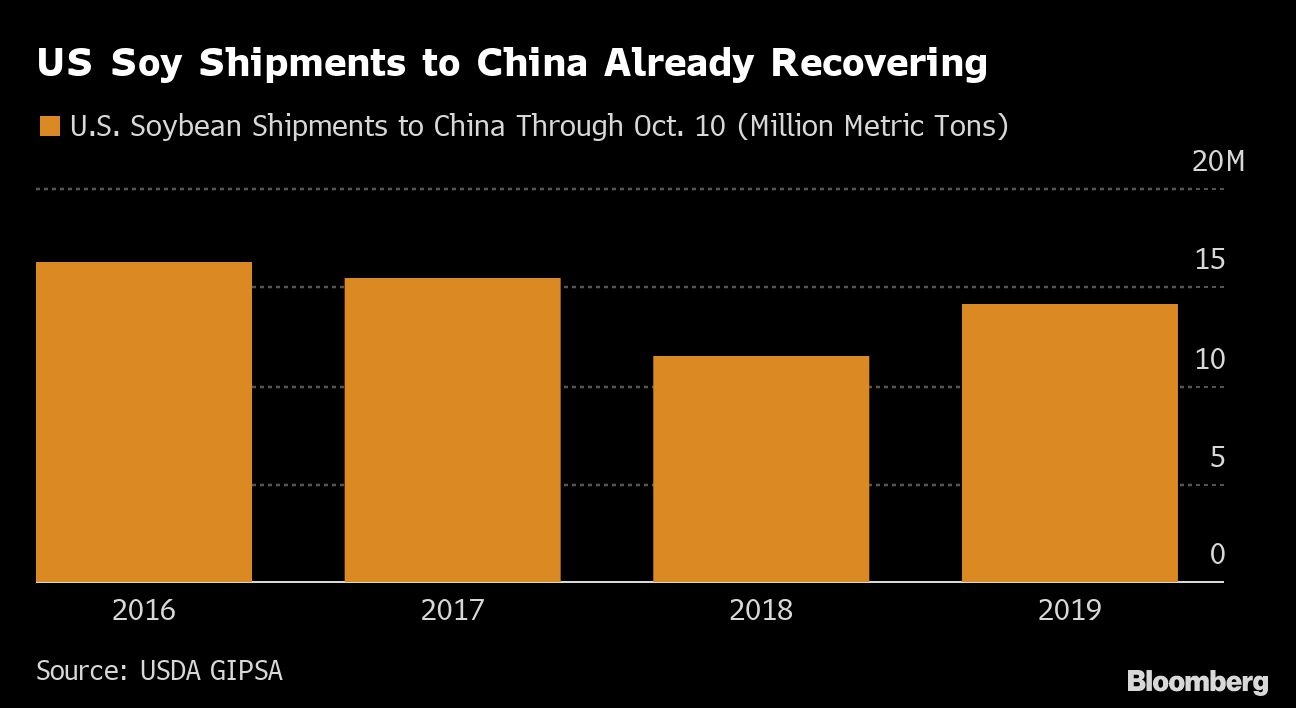