Europe may be dodging the worst of supply logjams and offers an opportunity to investors: Jeffrey Kleintop

U.S. equities notched their biggest weekly decline since mid-June in volatile trading as investors assessed the latest read on the economy after more strategists weighed in with cautious comments on the market.

The S&P 500 fell 0.8 per cent, pushing its loss for the holiday shortened week to 1.7 per cent. Apple Inc. was the biggest decliner in the Dow Jones Industrial Average on Friday, after a court ordered the iPhone maker to make a change to the way it generates money from its App Store. Gold posted its first weekly decline since early August after data on U.S. producer prices rekindled debate over when the Federal Reserve will pull back on stimulus.

Markets have been volatile as the continued spread of COVID-19 has undermined the economic recovery and lifted supply-shock inflation, even as central banks reaffirm an accommodative stance. In the U.S., equities have been whipsawed amid mixed economic data and a lack of clarity on the Fed’s timeline for reducing its asset purchases. On Friday, data showed the producer price index for final demand, a key measure of inflation, increased more than expected last month.

“Investors have been assessing rising COVID cases, slowing growth, elevated levels of inflation and uncertainty over when the Fed could start tapering,” said Fiona Cincotta, senior financial markets analyst at City Index. “The data has been mixed and the messages from the Fed have been mixed, leaving little clarity for the markets, which traditionally struggle with uncertainty.” 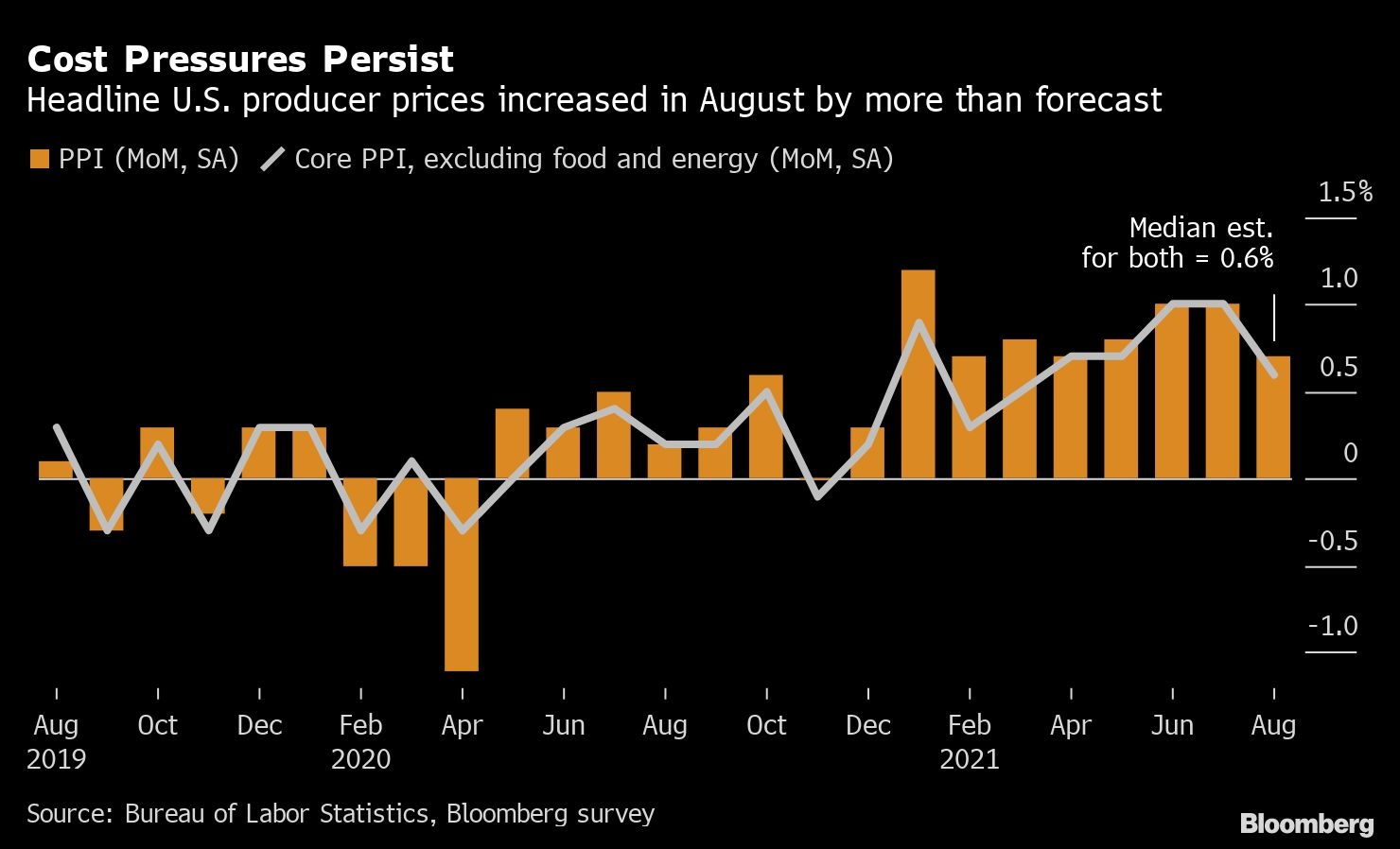 Strategists from almost all the top Wall Street banks have come out this week with a nervous message about the U.S. stock market. The common themes in their analysis include valuations at historical extremes, a near non-stop rally for seven months, an economy that looks soft and the imminent tapering of Fed stimulus.

Apple dropped 3.3 per cent, the most since earl May. A federal judge said Friday that the company must let app developers steer consumers to outside payment methods.

In Europe, the Stoxx 600 fell 0.3 per cent, with telecommunications and utilities underperforming, while miners and technology led the gainers. The European equities benchmark posted a second weekly loss, the first time that’s happened since the end of April, as investors reduced their risk on concern that central bank stimulus measures might get pulled back quickly.

Traders on Friday were also focused on trade tensions with China. The Biden administration is weighing a new investigation into Chinese subsidies after the U.S. president urged China’s Xi Jinping to cooperate on a phone call.

The Shanghai Composite Index climbed to a six-year high. A Hong Kong gauge of Chinese technology companies jumped after a clarification China has slowed rather than frozen new game approvals. Oil rose, with investors shrugging off China’s confirmation that it has released crude from its strategic reserves.