Invest in the volatile lows coming this September to benefit in a November rally: Philip Petursson

US stocks ended the day higher after swinging between modest gains and losses as mixed economic and earnings reports failed to spark a broad conviction trade. The dollar and bonds also rose.

The S&P 500 rose 0.2 per cent, in a session marked volumes holding about 20 per cent below the 30-day average that can exacerbate price swings. Light trading also typified the Nasdaq 100, which closed 0.3 per cent higher after falling 0.5 per cent. Treasury yields stayed lower after Federal Reserve officials gave mixed signals on rate hikes next month.

Signs of strength in demand for labor came from the weekly US jobless claims data falling for the first time in three weeks, while a gauge of manufacturing activity in the Philadelphia area unexpectedly expanded in August for the first time in three months, though the outlook remained weak. Meanwhile, existing-home sales fell for a sixth straight month, the latest indication of the housing market’s rapid decline.

In corporate news, Cisco Systems Inc. rose after issuing an upbeat forecast for quarterly sales as chip-supply shortages ease and the company is able to fill more orders. Bed Bath & Beyond Inc. plunged after Ryan Cohen’s RC Ventures said it might sell as much as 7.78 million shares in the retailer. Kohl’s Corp. dropped after the department store operator cut its full-year earnings and sales guidance for the second straight quarter as inflation suppresses demand.

In extended trading, Applied Materials Inc. gained after the biggest maker of machinery used to manufacture semiconductors gave an upbeat sales forecast for the current period in the face of “headwinds.” 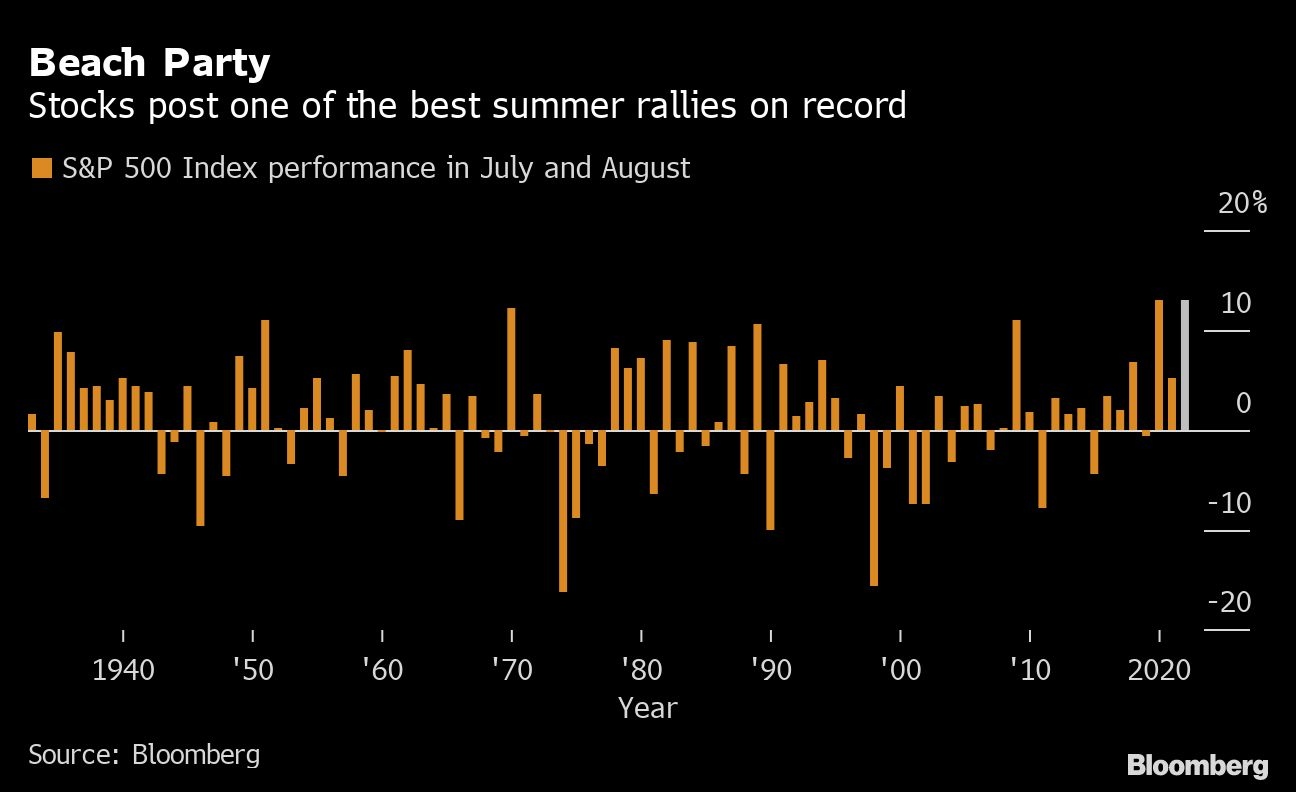 “With Jackson hole kicking off in a week, that already is now top of mind -- I would say the minutes, if you were hoping to see dovish, you got a seven out 10,” Alex Chaloff, co-head of investment strategies at Bernstein Private Wealth Management, said by phone. “If you just think about the disconnect between earnings and what’s gone on in markets, this is a macro driven market right now. Inflation has peaked and the numbers will demonstrate that we’ve rolled over.”

The S&P 500 has rebounded 17 per cent from its nadir in mid-June, a rally that Zhiwei Ren, portfolio manager at Penn Mutual Asset Management, attributed to fundamentals and technicals.

“On the economy side, I think recently you’re seeing data that’s just working the way the Fed was hoping -- inflation is coming down and the job numbers are still robust, he said. “The fear of recession is much, much lower now -- a lot of people are talking about a soft landing.”

As for technicals, futures positioning was very short back in June, Ren said. “So in that kind of background, if you have some good news, then people have to buy back the equities they sold, and I think that’s what’s happened.”

Oil rose for a second day as a bullish US stockpile report eased fears of an economic slowdown. West Texas Intermediate futures traded back arond US$90 a barrel.