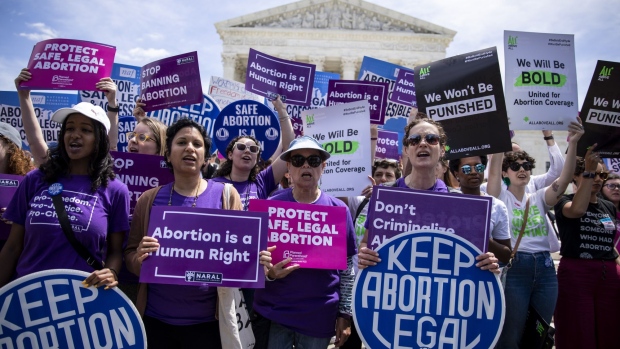 (Bloomberg) -- A divided U.S. Supreme Court struck down a Louisiana law that required abortion-clinic doctors to get privileges at a local hospital, defying expectations by reinforcing reproductive rights in a case that had threatened to begin a rollback.

Chief Justice John Roberts provided the crucial vote, joining the court’s liberal justices in the 5-4 majority. Writing separately from the other four in the majority, he said was bound by a 2016 Supreme Court ruling that struck down a similar Texas law, even though he was in dissent in that case.

“The Louisiana law imposes a burden on access to abortion just as severe as that imposed by the Texas law, for the same reasons,” Roberts wrote. “Therefore Louisiana’s law cannot stand under our precedents.”

Abortion opponents had been looking to take a first step toward overturning the 1973 Roe v. Wade ruling, which legalized the procedure nationwide. They had reason for optimism given the addition of two Donald Trump appointees, Justices Neil Gorsuch and Brett Kavanaugh, since the 2016 ruling.