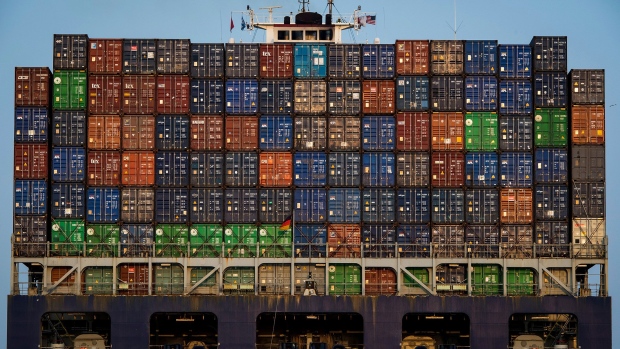 U.S. exports of goods and services sank in May to the lowest in more than a decade as the coronavirus pandemic halted demand and shipments.

The overall gap of goods and services widened to US$54.6 billion in May from a revised US$49.8 billion in April, according to Commerce Department data released Thursday. The median estimate of economists surveyed by Bloomberg had called for a widening to US$53.2 billion.

Combined, the value of U.S. exports and imports decreased to US$343.6 billion, the lowest since April 2010. 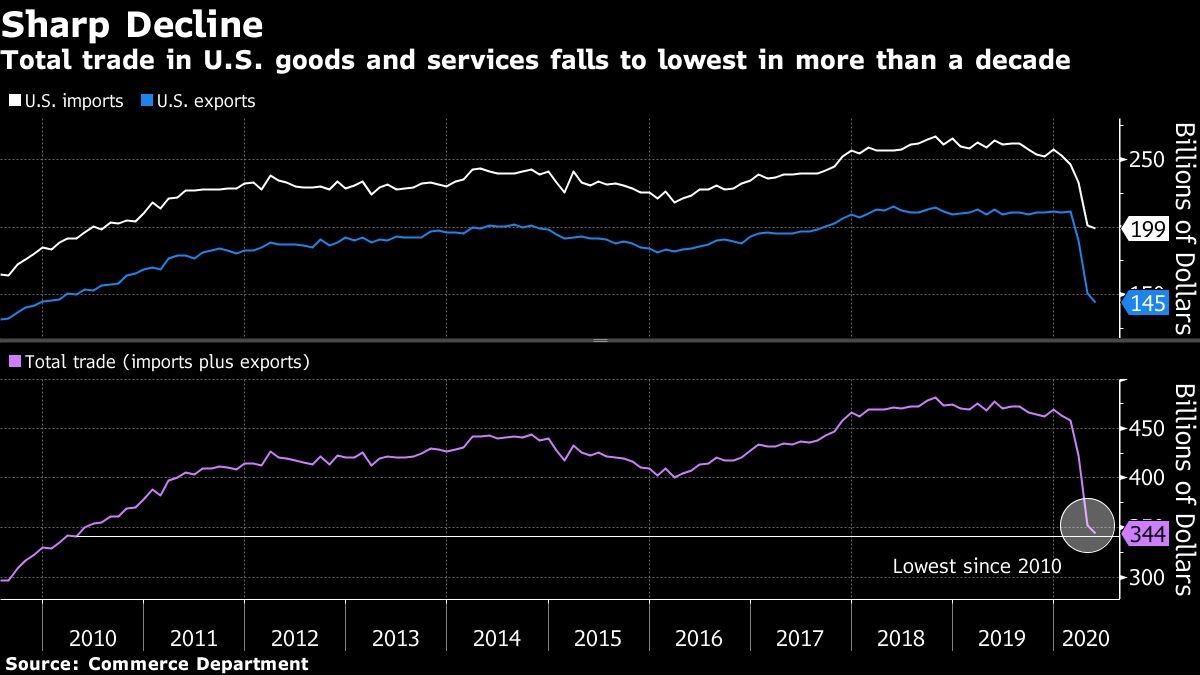 The coronavirus pandemic has decimated trade. The world’s largest economy has pulled back sharply since the outbreak began amid a surge in U.S. unemployment, a slump in consumer demand and a slowdown in international travel.

Tensions between the U.S. and China have also been escalating, with President Donald Trump blaming the Asian nation for misleading the world about the scale and risk of the disease.

The data show exports of industrial supplies and materials, which include oil products, decreased US$3.9 billion. Imports of automotive vehicles, parts, and engines declined US$4.4 billion.

The deficit with China widened to US$27.9 billion from US$26 billion in the prior month.