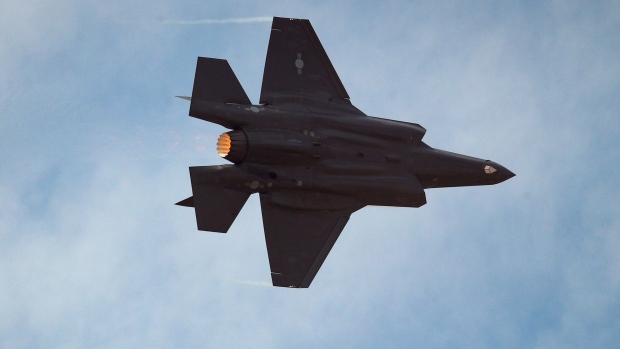 (Bloomberg) -- The United Arab Emirates’ deal to normalize relations with Israel should sweep away any reservations about the Gulf nation’s request to purchase Lockheed Martin Corp.’s F-35 warplane, Minister of State for Foreign Affairs Anwar Gargash told reporters on Tuesday.

“If there is any grain of doubt as to why the UAE should get the F-35, I think the Abrahamic Accord should deal with that grain of doubt,” Gargash said in an online briefing.

Israel has publicly opposed the sale, saying it would compromise its weapons edge in the region.

Israel and the UAE will sign their agreement later Tuesday at the White House. Gargash said it will also include a reference to a two-state solution of Israel’s conflict with the Palestinians.

(Updates with deal to include mention of two-state solution in fourth paragraph.)