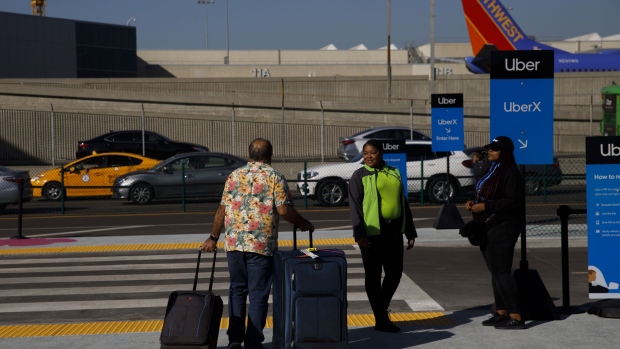 Uber Technologies Inc. failed to persuade a judge to shield its drivers from California’s gig-worker protection law while the company challenges the landmark measure in court.A federal judge in Los Angles rejected a request by Uber and Postmates to temporarily block enforcement of Assembly Bill 5, which aims to convert gig-economy workers from independent contractors to employees with benefits. Uber and Postmates didn’t ask the judge to shield other companies from the law.

U.S. District Judge Dolly M. Gee had signaled during a Feb. 7 hearing that she would deny the preliminary injunction sought by Uber and Postmates. In the next phase of the case the companies will try to convince her that A.B. 5 violates guarantees of equal protection under the federal and state constitutions.California Attorney General Xavier Becerra argued the constitutional claims will fail because the state legislature has a prerogative to stop the gig economy’s exploitation of workers.