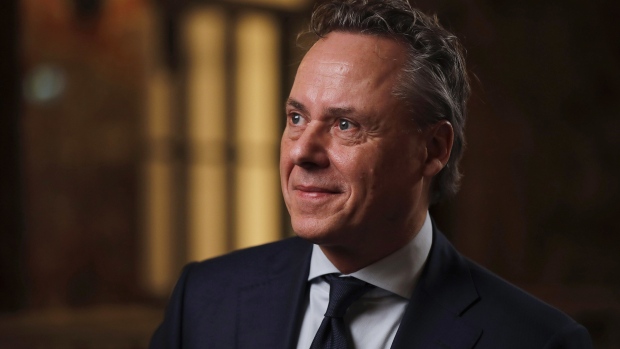 (Bloomberg) -- UBS Group AG Chief Executive Officer Ralph Hamers pushed back against broadening concerns over the growth outlook in China, despite recent turbulence around China Evergrande Group and worries that government policy will hurt the wealthy.

The bank experienced $1.8 billion in asset outflows for its wealth business in Asia Pacific in the third quarter and experienced an overall drop in the assets it manages of 5%, due to negative market performance and foreign currency effects, totaling $3.9 billion.

Analysts from Bank of America Corp. and Citigroup Inc are among those that have warned that China faces a sharper growth slowdown than most expect, as the push to cut reliance on real estate combines with power shortages and the pandemic. Those factors plus President Xi Jinping’s push to curb wealth excesses may stoke pessimism among wealthy families and entrepreneurs into next year.