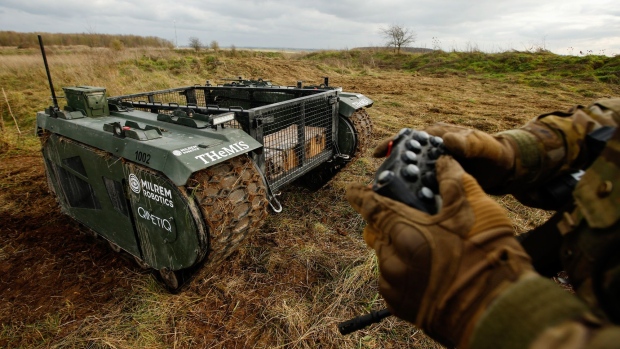 (Bloomberg) -- QinetiQ Group Plc is looking to buy companies in the US and Australia to help the UK defense firm grow 75% over the next five years.

The London-based company expects the two markets to account for more than half of new business during that period, with around 30% growth in the UK, Chief Executive Officer Steve Wadey said Thursday.

“The priority for strategy-led acquisitions is in Australia and the US,” Wadey said in an interview.

QinetiQ, whose activities include evaluating warplanes and developing drones, land and sea systems, could spend as much as several hundred million pounds on a target that adds to the firm’s current capabilities, the CEO said.

The CEO said while QinetiQ is in talks with potential targets, it’s too early to say if any deals will close this year.