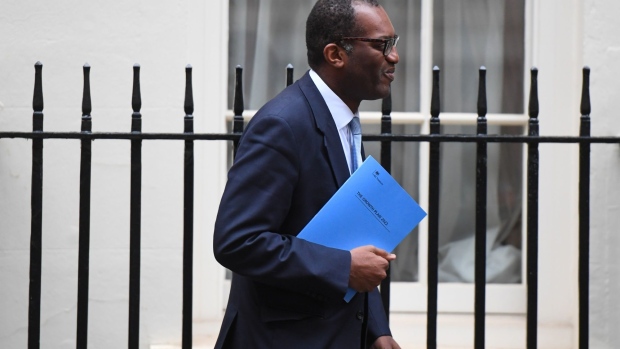 (Bloomberg) -- UK Labour MP Rupa Huq has been suspended after audio surfaced of her describing Chancellor of the Exchequer Kwasi Kwarteng as “superficially” Black, a spokesperson for the party confirmed to Bloomberg News.

In audio, first obtained and posted by the politics blog Guido Fawkes, Huq says, “He’s superficially, he’s, a Black man but again he’s got more in common... he went to Eton, he went to a very expensive prep school, all the way through top schools in the country.” She later adds that, “If you hear him on the Today program, you wouldn’t know he’s Black.”

Huq, MP for Ealing Central and Acton, made the comments at an event during the Labour conference on Monday.

After the news broke on Tuesday, Conservative party Chairman Jake Berry sent a letter to Labour party leader Keir Starmer, asking him to condemn the comments as “nothing less than racist” and for the whip to be withdrawn from her.

Later, Huq said in a tweet that she had contacted Kwarteng to offer her “sincere and heartfelt apologies” and that her comments were ill-judged.

Under its previous leader, Jeremy Corbyn, Labour was beset by an Antisemitism crisis that Starmer has sought to consign to the past.

Corbyn remains suspended from the parliamentary party after failing to accept the full findings of a probe in 2020, and on Tuesday, Starmer told the conference that he’d had to change Labour in order to make it fit to govern.

Labour’s national campaign coordinator, Shabana Mahmood, told Times Radio that the party had suspended Huq “very quickly” because her comments were “bang out of order” and “completely disgraceful and unacceptable.”