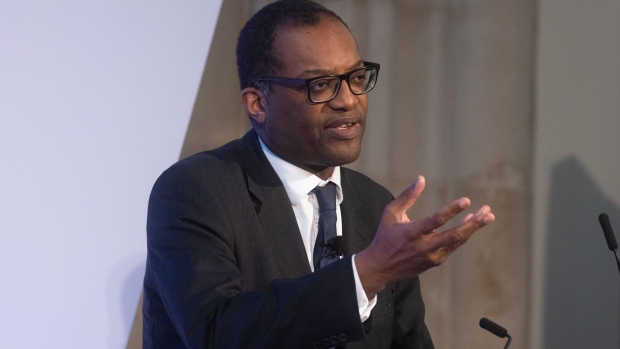 Chancellor of the Exchequer Kwasi Kwarteng will publish a medium-term fiscal plan on Nov. 23, alongside a forecast by the government’s budgetary watchdog, the Treasury said, as it sought to reassure markets about its economic strategy.

“The fiscal plan will set out further details on the government’s fiscal rules, including ensuring that debt falls as a share of GDP in the medium-term,” the Treasury said in an e-mailed statement on Monday. Kwarteng “has requested that the OBR sets out a full forecast alongside the fiscal plan.”

Kwarteng is trying to address concerns that he hasn’t detailed how he’ll restore order to the public finances after making huge spending commitments to help households and businesses cope with soaring energy bills, alongside the biggest tax cuts in half a century.

The announcement follows a rout in UK assets after Kwarteng on Friday slashed income tax, national insurance and stamp duty on home sales. The pound crashed and gilt yields rose steeply on concerns his plans would stoke inflation and force up government debt. Those trends continued this week after the chancellor on Sunday said there were more tax cuts to come.

The UK government will also announce further supply-side growth measures in October and November, the Treasury said in the statement. These will include changes to the planning system, business regulations and immigration, it said.