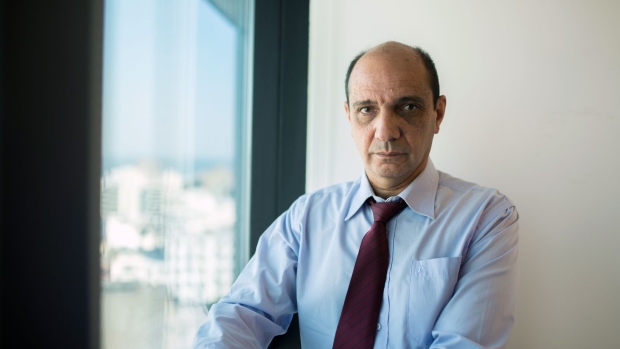 (Bloomberg) -- The first country in the world to legalize most uses of marijuana is looking to capture business away from illicit sellers and bolster its cannabis industry by allowing foreign visitors to buy pot.

The administration of Uruguayan President Luis Lacalle Pou could release its plan as soon as this year in a bid to build political consensus and support, said Daniel Radio, secretary general of the National Drugs Board. The aim isn’t to promote Uruguay as a destination for cannabis tourism, but rather to steer tourists away from the black market and into the regulated market, according to Deputy Tourism Minister Remo Monzeglio.

Giving tourists access to legal cannabis would dramatically increase the industry’s pool of potential customers in the country of 3.5 million people. Normally, millions of Argentines and Brazilians flock to the country’s beaches during summer in the southern hemisphere, which runs from December through February. But the pandemic eroded these numbers as the nation severely limited foreign visits. Uruguay plans to reopen its borders to all fully vaccinated foreigners starting Nov. 1.

“It seems to me that if we come up with a good proposal,” Uruguay could open its regulated pot market to tourists, Radio said in an interview. “For the upcoming tourism season, it’s highly unlikely, but I wouldn’t rule it out.”

Uruguayan law allows adult citizens and foreign residents who join a government registry to grow their own pot, join a cannabis club or buy 40 grams a month at authorized pharmacies.

A presidential decree would probably be the fastest way to open pharmacies, and potentially cannabis clubs as well, to tourists that register in the database, Radio said. To waive the database requirement, Congress would have to pass legislation, he said.

Uruguay was at the cutting edge of cannabis legalization when lawmakers passed a sweeping law in 2013 that supporters said would champion personal freedom, undercut drug gangs and generate exports. However, almost eight years later, the gangs are still in business, annual exports have yet to reach $10 million and competition is heating up as more countries embrace cannabis.

“I think there was excessive optimism regarding the possibilities of growth, because we aren’t playing alone here,” said Radio, who also heads cannabis regulatory agency Ircca.

Cannabis exports more than doubled to almost $7.5 million in 2020, but that total is still a far cry from the hundreds of millions of dollars some industry participants have predicted. Colombia is also emerging as a competitor for cannabis investment thanks to favorable rules and some of the best growing weather in the world.

Even so, Uruguay can rely on new rules aimed at speeding up exports, as well as its reputation as a transparent, predictable place to do business, to keep it relevant in the cannabis industry, Radio said. Ircca has now approved 56 licenses for activities that include growing medical cannabis, research and development, and the manufacturing of medical and consumer products.

“Some investment is showing up in manufacturing and value-added processes. That has to be our bet, because it’s the only way Uruguay can be competitive,” Radio said, citing the nation’s high labor and energy costs.

“Every time there’s talk of legalization and it gets more attention, you have the big, big companies -- the major companies -- wanting to talk about cannabis. At the right time, I think there is the potential for us to have a partnership for the right reason,” said Irwin Simon, chief executive officer of Tilray Inc., during the Barclays Global Consumer Staples Conference Sept. 10.