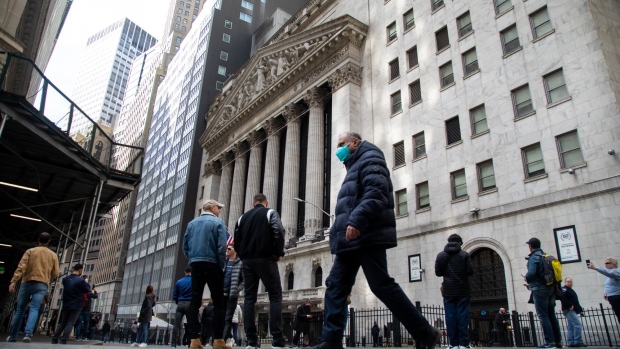 (Bloomberg) -- Several hurdles remain to be resolved in an impasse over audits on US-listed Chinese firms to avoid forcing companies such as Alibaba Group Holding Ltd. and Baidu Inc. off American exchanges as early as next year, a Securities and Exchange Commission official said.

“While there has certainly been progress in the discussions on audit inspections in China and Hong Kong, significant issues remain,” said YJ Fischer, the director of the SEC’s office of international affairs, in a speech on Tuesday. Even if an agreement is reached, “it will only be a first step.”

Fischer’s comments, made at an International Council of Securities Associations meeting in Washington DC, underscore a growing urgency in the decades-long standoff over allowing the Public Company Accounting Oversight Board to inspect audits of US-listed Chinese firms. Almost 200 Chinese firms that trade in the US are at risk of being delisted as soon as 2023.

Even if an accord is struck, PCAOB officials would still need time to review the audits to determine compliance, something that would need happen by early November at the latest, Fischer said. The process would likely involve PCAOB traveling to China to do on-site inspections -- the logistics of which Washington and Beijing have been negotiating, Bloomberg News reported at the end of April.

Audit inspections of publicly traded firms in the US were mandated by law in 2002, but became the focus of renewed attention after legislation was passed in 2020 that said companies would be kicked off US exchanges unless they complied. The bill was passed against a background of growing tension between the US and China, which has included tit-for-tat sanctions and trade tariffs.

The SEC and PBAOC have this year been adding company names on a weekly basis to a provisional list of firms that have avoided inspection and face the risk of being delisted. It includes Baidu, Weibo Corp. and Futu Holdings Ltd., and is expected to eventually cover all the Chinese stocks traded in the US including the largest of them, Alibaba.

Chinese officials are confident a deal can be reached. Fang Xinghai, the vice chairman of the China Securities Regulatory Commission, said in April that the regulator is having talks with the PCAOB every two weeks to resolve the dispute.

Chinese authorities can voluntarily delist some companies if they deem them too sensitive to comply with PCAOB requirements, while allowing inspection on other firms to remain compliant, Fischer said.

While the 2020 law said that non-compliant firms be delisted if they shirk requirements for three straight years, US lawmakers are considering accelerating the time line to two years.

Analysts at Jefferies Financial Group Inc., said a deal could likely be reached in time and even if US lawmakers shorten the time-line President Joe Biden could hold off on signing into law to avoid stoking more political tension.

“We see a very high likelihood that an agreement could be reached in the next 3-6 months,” the analysts including Edison Lee said. “Then the SEC will need to test the agreement to see if China lives up to the agreement, via sampled investigations. That could take another six months.”

There were 261 Chinese companies listed on the three top US exchanges with a total market value of $1.4 trillion as of March, according to a report from the US government.