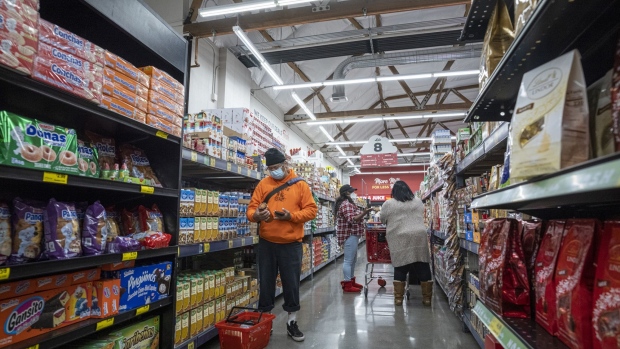 (Bloomberg) -- There’s no need to fret about the timing of a US recession anymore, according to Wells Fargo Investment Institute -- because we’re already in one.

The investment strategy arm of the bank says the US is entering a recession in the second half of the year -- in other words, now -- amid inflation that’s faster and more broad-based than expected, weakening consumer sentiment and corporations flagging a shift in spending. That forecast differs from just over a month ago, when the group saw a mild recession and not until the end of this year, but moved up the timing and the severity to “moderate.”

While several major Wall Street players like Guggenheim and Nomura Securities see a recession by the end of next year, the institute’s call marks one of the first to say a downturn is happening now. It even differs from Wells Fargo’s own economists in a separate department, who forecast only a mild recession and not until mid-2023.

Read more: Forget the Wall Street Debate: It Already Feels Like a Recession

“There’s the technical part of the recession, but then there’s the meaningful deterioration in consumption and employment,” said Sameer Samana, senior global market strategist in the investment group. “The technical part is a first half story and the brunt of the unemployment and consumption is the second-half” of the year, he said by phone Thursday.

US GDP fell an estimated 1.6% in the first quarter, and real-time data from the Federal Reserve Bank of Atlanta sees a drop of a similar magnitude in the three months ended June 30 -- but the government’s official report of a preliminary estimate won’t be released until later this month.

Read more: Economists Sour on US Outlook After Spending Stumbles

Should that show a negative print, the US would be in a technical recession. But a more broadly used measure -- and one used by the National Bureau of Economic Research, the private organization responsible for calling the official timing of a recession -- is a marked decline across the economy in a range of indicators, including the labor market, investment and spending.

That’s what Samana’s group said will be felt by Americans for the rest of this year. They now forecast unemployment rates of 5.2% by the end of 2023, and 4.3% this year, both marked up from their previous forecasts of 4.4% and 3.8% respectively.

The unemployment rate in June is predicted to hold at 3.6% -- near the lowest in more than 50 years -- ahead of government data to be released Friday.

Consumer prices, already rising at the fastest pace in 40 years, are expected to have accelerated further in June to 8.8% from the prior year, ahead of government data released next week. That will force the Fed to act more aggressively in raising interest rates to cool price growth, leading to a bigger shock to the labor market and spending, according to Samana.

He also noted recent commentary from retailers Walmart Inc. and Target Corp., who have flagged a shift in what people are buying as prices accelerate. That’s been marked by more spending on basics such as food and fewer discretionary purchases like clothing.