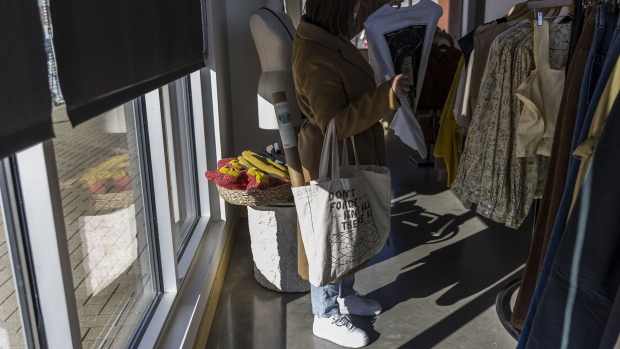 (Bloomberg) -- US consumers dialed back short-term inflation expectations in the back half of November, helping shore up sentiment.

Consumers expect prices will climb at an annual rate of 4.9% over the next year, down from the 5.1% expected earlier in the month, according to the final November reading from the University of Michigan. They still see costs rising 3% over the next five to 10 years, data out Wednesday showed.

The sentiment index improved to 56.8 from 54.7 in early November. The median estimate in a Bloomberg survey of economists called for a reading of 55.

The Federal Reserve has been raising interest rates at the fastest pace since the 1980s to tame decades-high inflation. Minutes of the central bank’s meeting earlier this month may shed light on how high rates will go when released later Wednesday.

While consumer price growth cooled by more than forecast last month, inflation is still extremely elevated and, with the double blow of high borrowing costs, causing tremendous hardship for many Americans. Over 40% of consumers reported their living standards are being eroded by inflation, the survey showed.

Even though the gauges of current conditions and consumer expectations improved from preliminary levels, they’re still historically weak. Gasoline prices dropped throughout the end of the month, which tends to boost sentiment.

Despite a historically low jobless rate, unemployment expectations are at the worst level since 2011, Hsu said.

“If expectations over labor markets continue to deteriorate, consumer demand is likely to follow, particularly as consumers draw down their savings and express reluctance to borrow under rising costs of credit,” she said.

--With assistance from Reade Pickert and Kristy Scheuble.