With the U.S. considering sanctions against Venezuelan crude, there’s little doubt that Gulf Coast refiners would look north to Canada to fill the gap. The question is whether Canada can get them enough oil to slake their demand.

Declining Venezuelan shipments have been underpinning demand for heavy Canadian crude for more than a year, even at the South American nation’s own U.S. refineries. Even before the most recent political upheaval, the U.S. imported a record 4.06 million barrels of Canadian crude a day last week, while imports from Venezuela slipped 13 per cent to 523,000 barrels a day. Sanctions would likely accelerate those trends.

“It’s certainly not a bad thing for Canadian heavy crude producers to have a competitor in a market like the U.S. Gulf Coast potentially go away,” said John Auers, executive vice president at energy consultant Turner Mason & Co. in Dallas. But, “Canadians have their own problem: ‘How do we get it there?’"

The Canadian energy industry’s shortage of pipeline capacity -- due largely to environmental opposition and regulatory delays to planned projects -- grew so dire last year that Alberta’s government mandated production cuts to clear up shipping space and prop up local crude prices that had plunged to record lows.

The oil-sands industry has been ramping up shipments of crude by rail at a breakneck pace, with individual producers striking deals to load more oil on trains and Alberta’s government buying rail cars to increase capacity. Rail-car loadings hit a record 356,000 barrels a day in the week ended Jan. 11, according to Genscape Inc. That’s up 20 per cent from December’s average.

But Canadian producers will keep bumping up against shipping constraints until new pipelines come into service. The first of those is Enbridge Inc.’s expanded Line 3, which is projected to be completed in the fourth quarter, adding 370,000 barrels of daily capacity. The timelines for TransCanada Corp.’s Keystone XL and the Canadian government’s Trans Mountain expansion -- which would add a combined 1.42 million barrels of egress -- are both farther out and less certain, due to legal and regulatory snags.

Crude “movements are taking place and growing, but not fast enough,” Auers said. 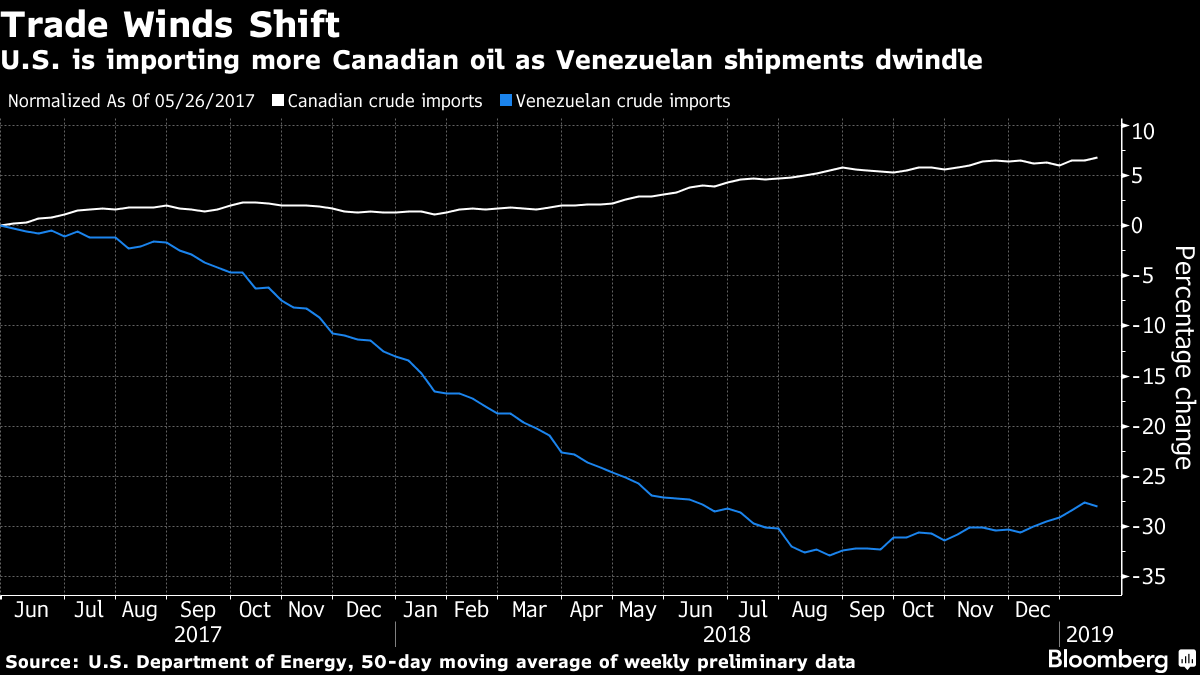